New Social Initiative to Focus on Reducing Inequalities within the Community 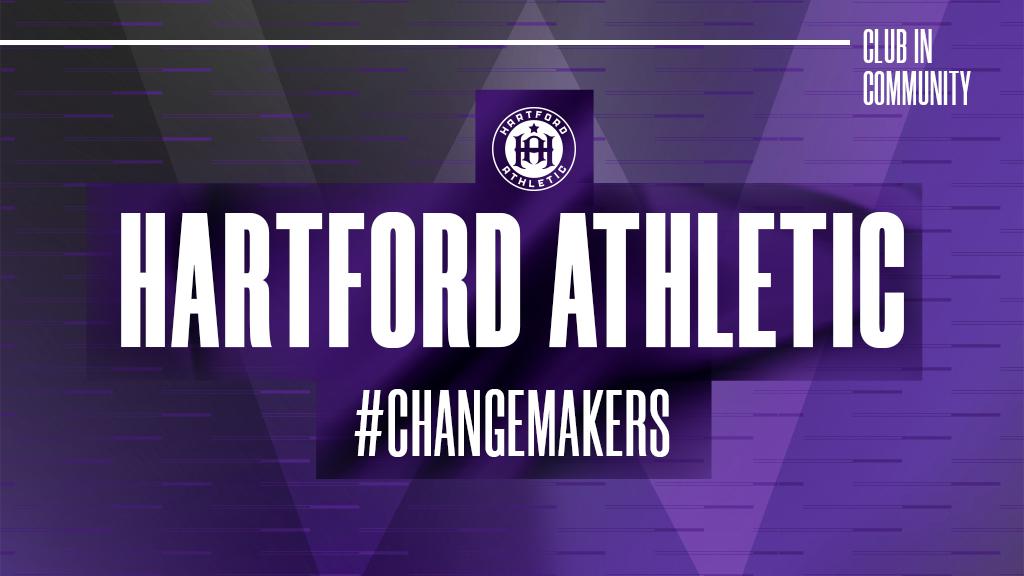 HARTFORD, Conn.- Hartford Athletic announced in February the start of a new social initiative called the #Changemakers Series, which focuses on identifying inequities and implementing change to make Hartford’s community a better place to live, work and play. Hartford’s first step in bringing the #Changemakers Series to life was launching the Hartford Athletic Women’s Leadership Series, which serves as a way for the community to recognize women who are making positive change in an effort to make Hartford a more inclusive and diverse community. With the Women’s Leadership Series underway, the club has teamed up with the United Nations to form a Global Goals World Cup team in Hartford, who will focus on Global Goal #10, Reduced Inequalities, in an effort to create events and initiatives that focus on reducing inequities within the Hartford community.

“Our #Changemaker program is very special to Hartford Athletic and the Green & Blue Foundation,” said Allison Mannette, Director of Hartford Athletic’s Green & Blue Foundation. “The #Changemakers platform is focused on identifying inequities and implementing change in the community. With Women's Leadership as our first focus, we are excited to highlight the work of inspirational women in Connecticut and inspire others in the process.”

The first big event Hartford will be hosting in conjunction with the #Changemakers Series is the Women’s Leadership Forum. In partnership with Trinity Health Of New England, Walgreens, Aurora Foundation, and the Green & Blue Foundation, Hartford Athletic will host the inaugural #Changemakers Women’s Leadership Forum on Saturday, July 24. The event will feature a panel of women who will openly discuss questions and topics revolving around Hartford’s Global Goal of Reduced Inequalities, as well as offer women in the community a chance to network with others looking to make Hartford a better, more inclusive space for all.

In addition, the Forum will also kick off Hartford Athletic’s mentorship series in partnership with the United Nations Global Goals team. Each month, the club will host a Global Goals session. With no soccer experience required, participants will play casual soccer and come together to create a project aimed at solving Global Goal #10: Reduced Inequalities. Mentees from the local community and non-profit groups will participate, along with keynote speakers serving as mentors. At the conclusion of the program, Hartford will host a final event to showcase the project, present awards and move towards implementing the project into the community.

The #Changemakers series will also focus on career development for young women looking to work in sports. This will be carried out through the Girls Run the Game initiative, which aims to show young women and girls the many possibilities of a career path in sports and the power they have to be leaders in the sports industry. In addition, Hartford will also be hosting its first-ever Girls Run the Game match in the 2021 season. During this match, girls from the community and non-profit groups in Hartford will team up with Hartford Athletic staff to learn all aspects of hosting a professional USL match at Dillon Stadium.

The final initiative of the #Changemakers series will serve to highlight a #Changemaker of the Month, presented by Walgreens, to be recognized for their work in the community. In the club’s first edition of #Changemaker of the Month for May, Hartford gave recognition to Sonserae Cicero, Manager of Human Resources for Walgreens’ Hartford region distribution center and Supply Chain Pillar Lead for the women of Walgreens across the U.S . Cicero was named Hartford’s first #Changemaker for her work in raising awareness around the issue of period poverty in the Hartford community. To hear more about Cicero’s work, visit Hartford Athletics’ Facebook page and tune into the first #Changemaker video featuring Sonserae Cicero. Nominations for future #Changemakers are open until September 15. Visit www.hartfordathletic.com/cotm to submit a #Changemaker for consideration.