North Carolina-based club to compete in inaugural season in 2022 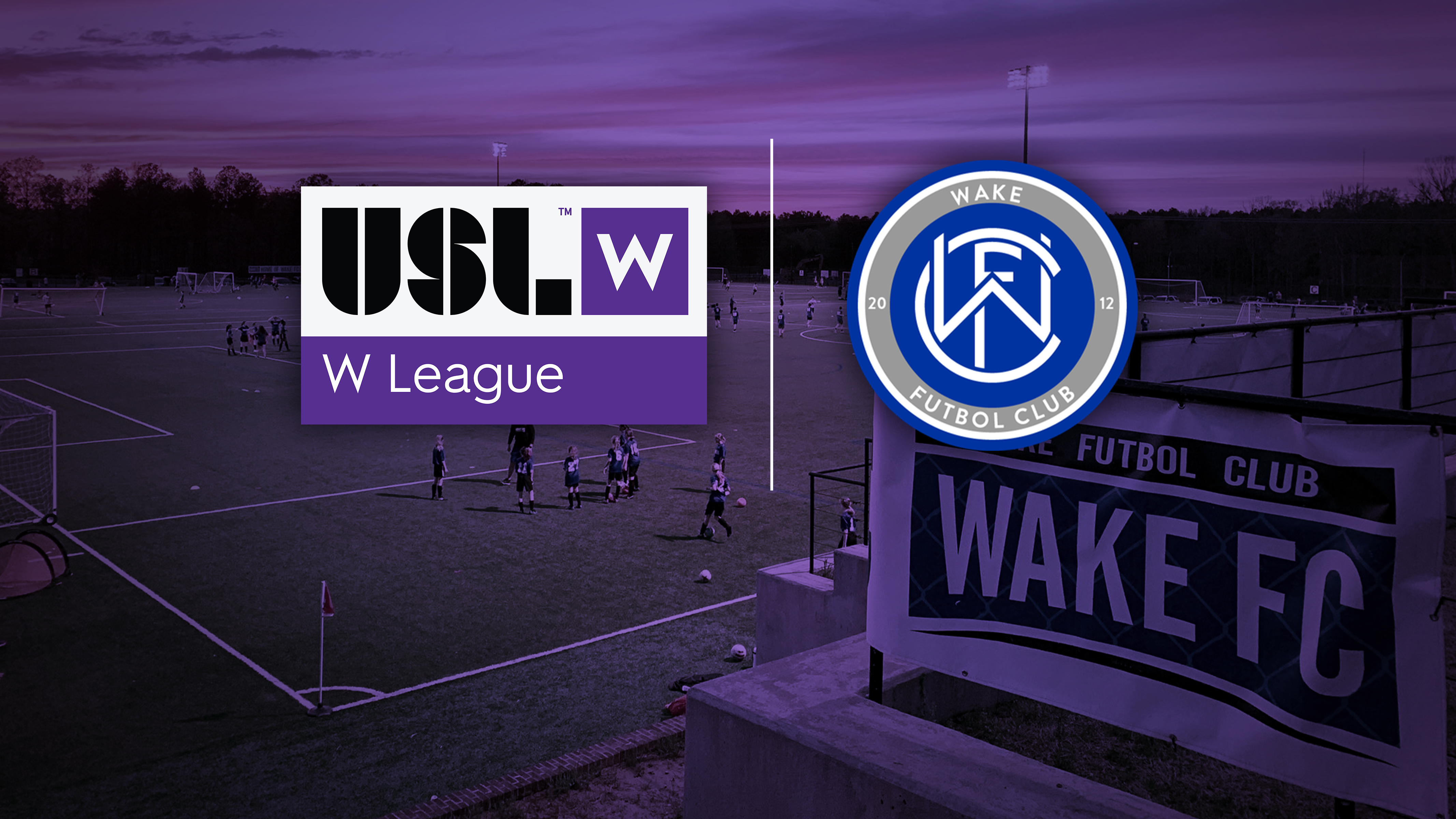 “We couldn’t be more excited to join the USL W League at this point in our club’s history,” said Scott Zapko, Vice President of Operations for Wake FC. “Having managed a USL franchise for the past 20 years and having run teams in the previous W League, we’re very familiar with the USL and the professional way they run their leagues. This is a one-of-a-kind opportunity for our local female players.”

Founded by a group of local leaders in 2012, Wake FC provides a character-building soccer experience for residents of Wake County and surrounding areas. The club takes great pride in being a leader in North Carolina soccer by providing quality coaching and training in a positive and safe environment for all ages and levels of players.

Wake FC operates on the mission of providing a unique soccer experience that opens doors for youth athletes to pursue the game at any level they wish. Through the promotion of soccer at all levels in Wake County and surrounding areas, the club strives to build lasting relationships within the community. The club’s values of integrity, character and accountability, speak to Wake FC’s ability to foster an environment of respect and reliability for its players, coaches, staff and fans.

“The USL W League fits perfectly with our developmental model of putting players in the most competitive environments possible,” said David Allred, Executive Director of Wake FC. “USL will allow our players to compete against some of the best collegiate and youth players in the country, while also facilitating interaction with women’s college programs. Wake FC’s coaches, staff, and players are really looking forward to the inaugural season.”

In joining the W League, Wake FC will continue to build on its mission of providing support to local community members and women athletes by offering a fully formed pathway from youth play to pre-professional play. As members of USL League Two, USL Academy and now the USL W League, Wake FC is an exemplary model of a club that offers its players, coaches and staff more opportunities to play, coach and work in the beautiful sport of soccer at all levels.

“Wake FC shares the values of the W League and will offer a great pre-professional platform for its women’s players to continue advancing their careers in the sport,” said Betsy Haugh, USL W League Director of Operations. “We’re excited to welcome Wake FC into the W League as we celebrate the club’s commitment to its players and its community.”