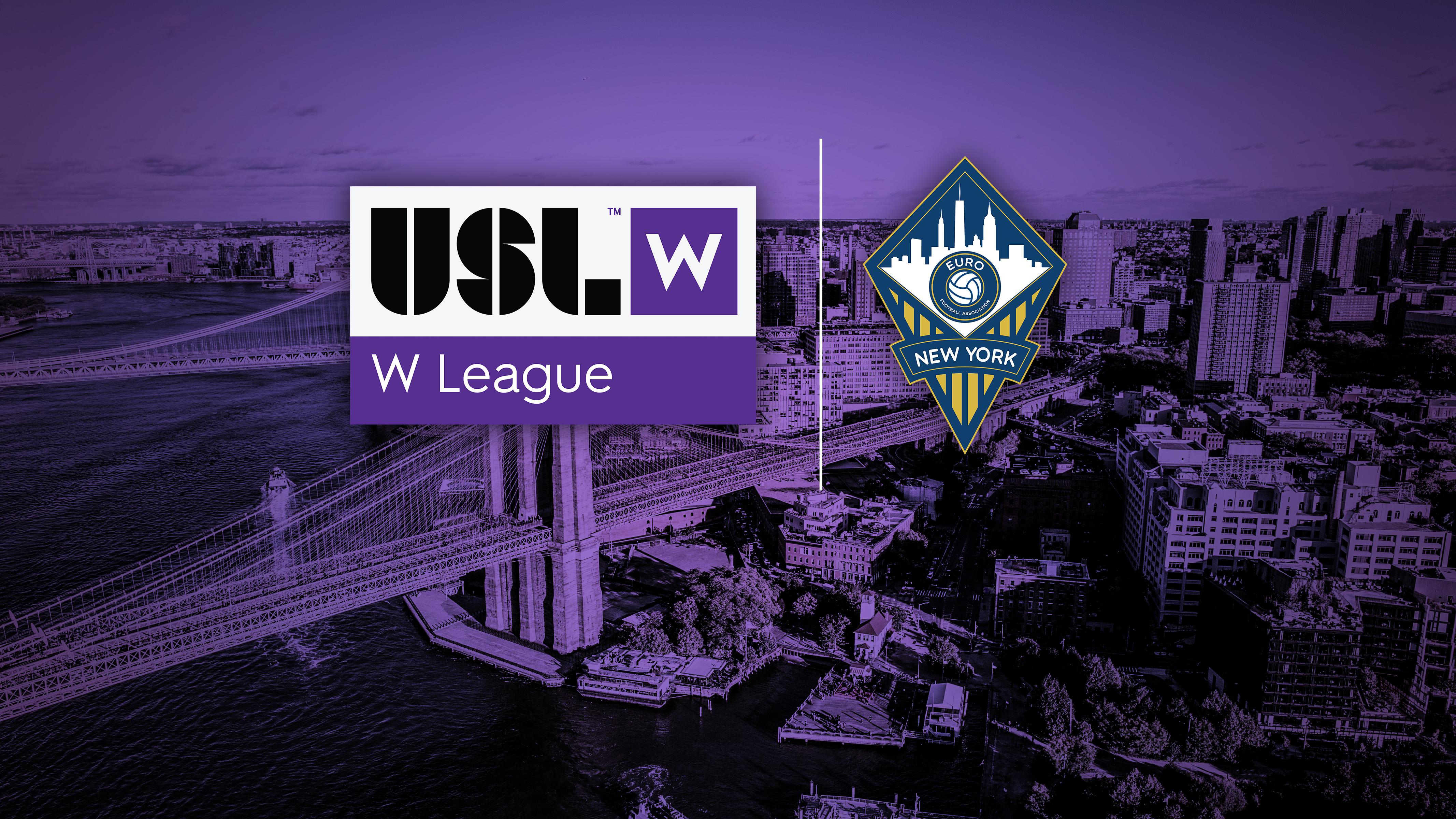 "It is a thrill and honor to be part of this revolutionary movement that the USL is bringing to life,” said Marco Balsamo, Executive Director of FA Euro New York. “We believed in the potential of this initiative and wanted to be a part of it from day one. The W League will usher in a new era of women's pre-professional soccer and FA Euro New York wants to be the premier club for promoting talent in Brooklyn."

Established in 2013, FA Euro New York is a 501(c)(3) non-profit youth soccer organization based in Brooklyn, New York that works to provide elite young players with a pathway to play at the professional and/or collegiate levels. The club’s player-centered training model provides the club’s membership with resources and connections to NCAA programs and professional clubs across the globe so that players are equipped with a direct pathway to further their careers.

Beyond player development, the club aims to provide programming that assists players in their educational and emotional development through offering support to players in their academic pursuits and fostering an environment of openness and acceptance within the club. Through individual and team-oriented feedback from coaches, support staff, and technical staff, club players receive the support and guidance they need to excel both on and off of the field.

“We’re excited to welcome FA Euro New York to the USL W League as we continue building out our footprint in the Northeast,” said Betsy Haugh, USL W League Director of Operations. “This is a great opportunity for the club to extend its offerings for its girls and women’s players, and we look forward to watching them compete in 2022.”

In joining the W League, FA Euro New York will now provide a new pre-professional pathway for women athletes in Brooklyn and the surrounding boroughs. FA Euro New York will continue to fulfill its mission of providing support to local community members by expanding its player offering thus creating more opportunities for women to continue to play, work and coach in women’s soccer.