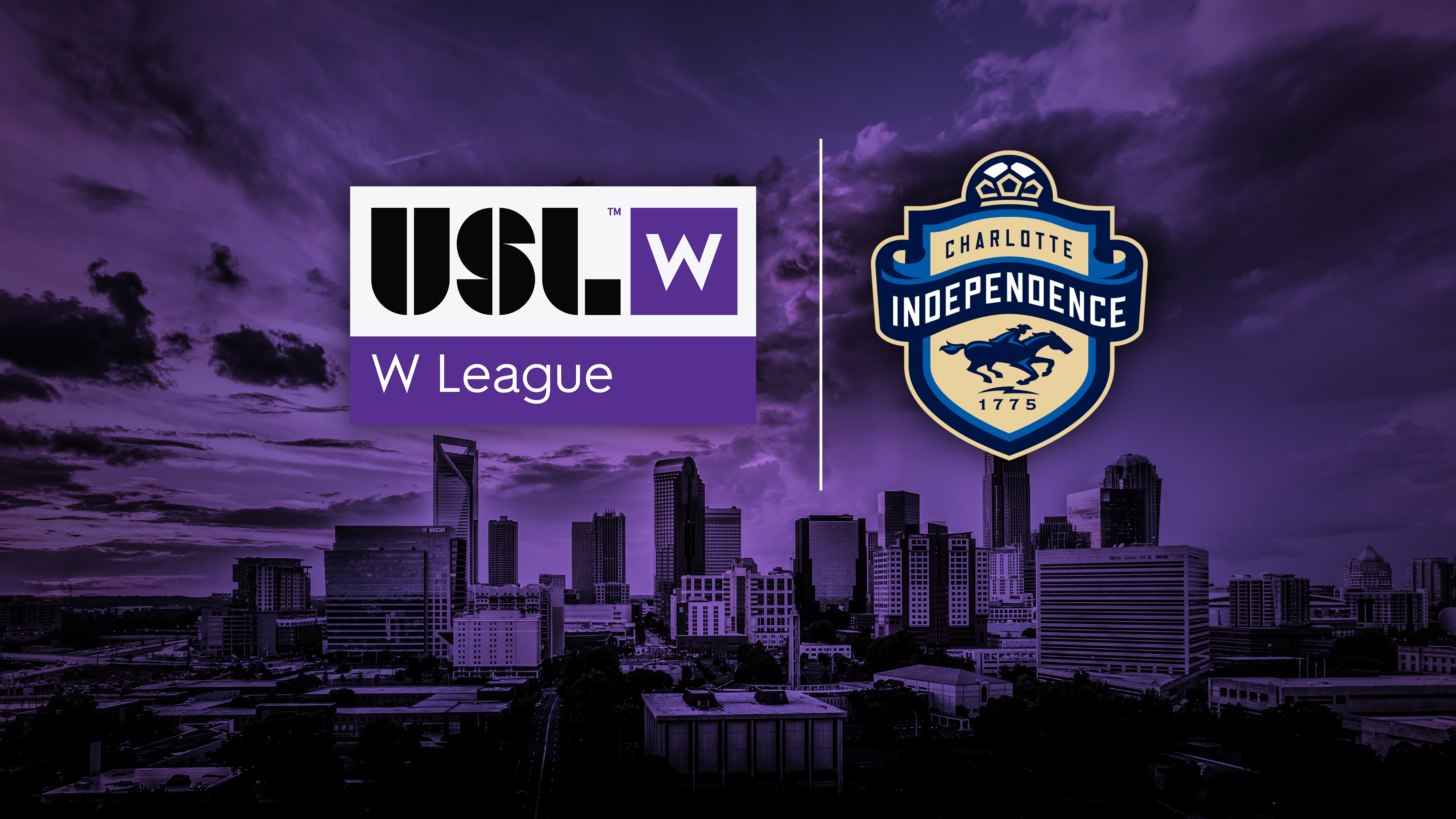 “We're excited to be a part of this endeavor to bring more opportunities for women to compete at a very high level, to coach and to be a part of the front office and business," said Tim Schuldt, President & COO of the Charlotte Independence W League Team. "We're thrilled the USL is launching the W League. It is a natural extension of building out our pathway to the pros for the young women competing, coaching and managing in our Academy. It's a meaningful next step in helping them realize their dreams."

Charlotte Independence was founded in 2014, with its men’s professional team joining the USL Championship that same year. The Independence’s robust organizational structure is a staple of the club’s development model as it offers its players direct pathways from recreational play to professional play. In joining the W League, the North Carolina-based club will continue to offer both college-aged players and its academy-aged players the opportunity to compete at the next level, reinforcing its commitment to providing both competitive and career opportunities for women through the beautiful game of soccer.

Charlotte Independence’s unwavering dedication to its club and community is driven by its core values of competition, communication, community, character and commitment. The club strives to be best in class both on and off the pitch and uses these values as a basis for creating a united front within the community around the game of soccer.

“We’re excited to have the Charlotte Independence join the USL W League for our inaugural season,” said Betsy Haugh, USL W League Director of Operations. “This is another great step in the club’s investment in women’s soccer, and we look forward to seeing their W League team in action in the Charlotte community.”

Through membership in the W League, Charlotte Independence will further its commitment to growing the women’s game. This year the club unveiled a newly renovated $40 million soccer-specific venue, American Legion Memorial Stadium, equipped with a 10,500 seating capacity, skyline views to the pitch and is centrally-located in the city of Charlotte for fan convenience.

“We’re excited to partner with the first team to bring this terrific opportunity to the greater Charlotte area for our members and the soccer community,” said Thomas Finlay, CEO of the Charlotte Independence Soccer Club. “As we work to build out the pathway to the pros, the W League is a terrific addition for the development of women players and coaches. We look forward to bringing this to our community and fielding a terrific team in 2022!"