Club becomes first team to join the league out of Florida 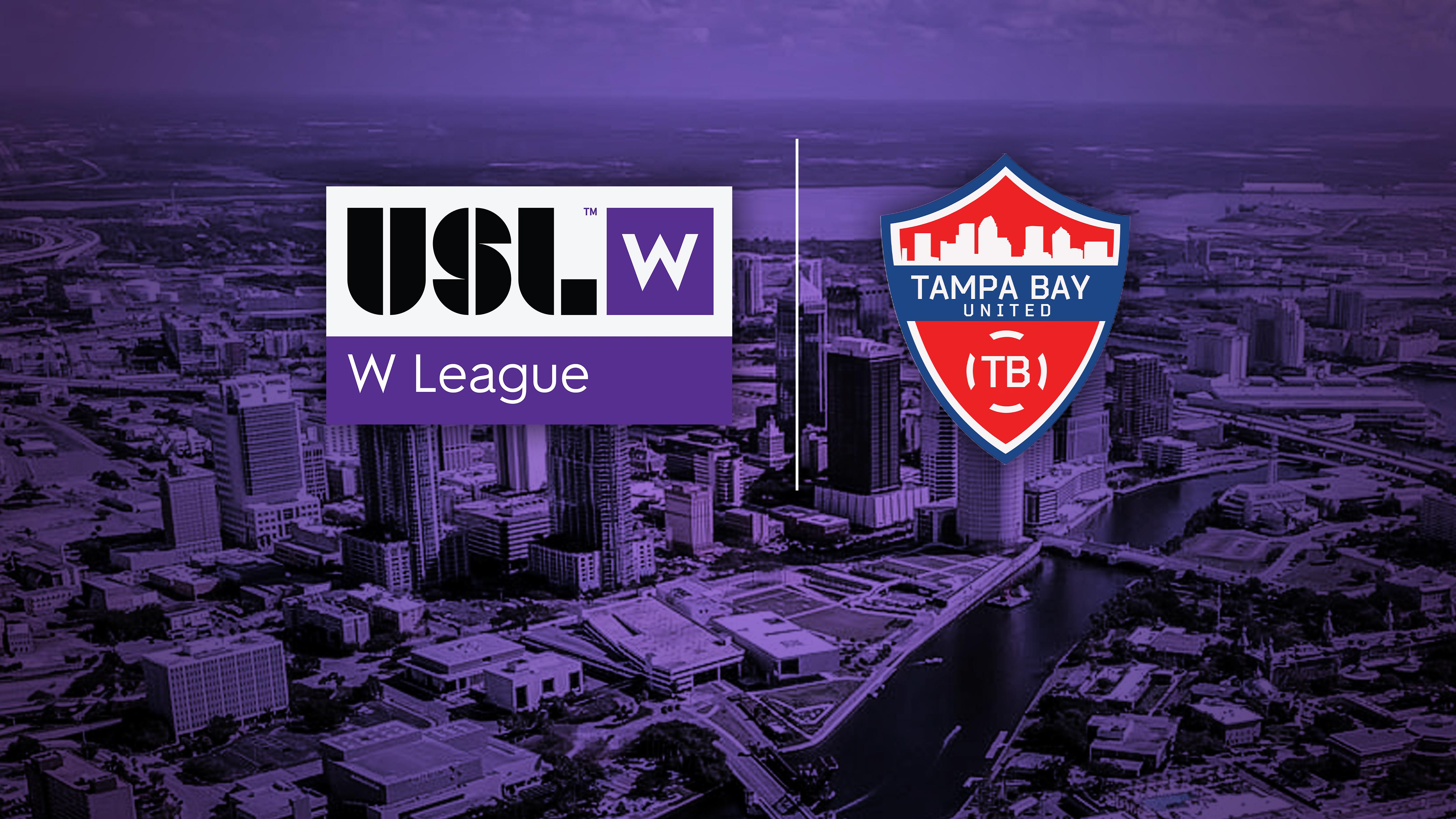 TAMPA, Fla.- The United Soccer League (USL) today announced Tampa Bay United as the latest club to join the USL W League. The Florida-based club is the first club to join the W League out of the Sunshine state and will compete in the league’s inaugural season in 2022.

"It is an honor for Tampa Bay United to invest in the women's game by bringing the nation's premier pre-professional platform to the greater Tampa Bay soccer community,” said Anthony Latronica, Tampa Bay United’s Sporting Director. “Committing the time, energy and attention to grow the women’s game in our community, we will strive to increase opportunity, gender equity and career development for the next generation of women for years to come. With relentless effort and forward thinking, our W League franchise represents a massive force for societal good."

Founded in 2011, Tampa Bay United is dedicated to the development of the sport of soccer for athletes at all levels of the game. The club’s mission to grow the game is rooted in its core values of integrity, commitment, respect, adaptability, passion and creativity, which is evidenced by the club’s presence both on and off the pitch.

Through its network of strong leadership and staff, Tampa Bay United has fostered an environment of maximum effort and fair play by imparting knowledge, respect and a life-long love for the game on its players. The club strives to teach, develop, and enhance the fundamentals of the sport at all levels so players can reach their full potential in the game.

Beyond the pitch, Tampa Bay United is committed to enhancing diversity, equity, and inclusion in all aspects of its organization. The club and its leadership believe a non-bias and equitable community is crucial to its players success. By establishing a culture of leadership, character, determination, and commitment, Tampa Bay United hopes to bring more joy to the game and enhance its teams' strengths through diversity.

In joining the W League, Tampa Bay United will deepen its commitment to the growth of the women’s game by providing equal opportunity for its membership to reach the next level of their soccer careers. The club will also see the benefits of USL’s fully formed women’s pathway, which offers playing and coaching opportunities at all levels from youth to pro.

“We are very excited to be launching a W League team right in the USL’s backyard here in Tampa, Florida,” said Betsy Haugh, Director of Women’s Soccer Operations. “The Tampa Bay soccer community has been keen to see increased investment in women’s soccer and we are confident that Tampa Bay United will do just that by providing a quality product that is reflective of the community’s dedication to the women’s game.”