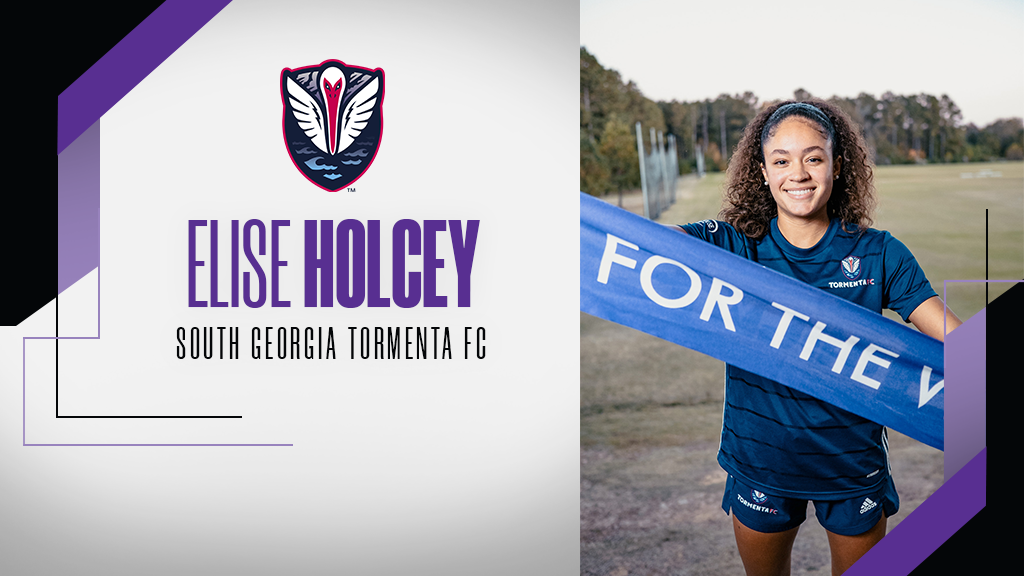 "I have been thoroughly impressed with Elise, both on and off the field, since we started working together this past August,” said Head Coach Jim Robbins. “On the field, she possesses all the soccer abilities needed to be successful in the USL W League. She has a unique attacking skill set that we can continue to develop and showcase here at Tormenta FC this summer and for the next few years of her career. She is a crafty dribbler, has great vision, creates opportunities for her teammates, and she can score goals of all different varieties in and around the penalty area.”

“Away from the field, Elise embodies everything that Tormenta FC is known for,” Robbins continued. “She fits seamlessly into our club culture, has great character, is a natural leader, and is a strong student. She is also an excellent teammate and a positive ambassador of the game. She truly defines what it means to be an athlete of good character. I look forward to working with her at the USL W League level."

A Savannah native, Holcey has competed with TFC’s Academy team since 2019 and currently serves as the captain of the 2003/04 Girls Ibis team. As a dynamic attacking forward, Holcey led her team to a second place finish in the National League Piedmont Conference during the 2021 season. On top of competing with TFC’s Academy squad, Holcey also secured a spot on Tormenta’s U17G Elite team at this year’s USL Academy Cup.

Off of the pitch, Holcey attends Savannah Arts Academy (Class of 2022) and is a Tormenta Futures coach, mentoring children ages two to 10 in soccer and life lessons.

“What a tremendous delight to have Elise Holcey as our first Tormenta FC player in the USL W League,” said Netra R. Van Tassell, Co-Owner of Tormenta FC. “Elise is a wonderful young woman, who is positive and upbeat as well as hard-working and tenacious. She has a vision and goals for herself, and we are elated that our newest team will be able to provide her the platform to continue to grow and experience the beautiful game of soccer."

The 17-year-old’s jump from the Academy to the women’s pre-professional side marks a momentous moment for the USL as the women’s pathway sees its first example of upward mobility. With the launch of the pre-professional W League, Division II professional Super League and the ongoing development of the USL Academy’s girls programming, players like Holcey will now have more opportunities than ever to pursue ongoing careers under the USL’s fully formed women’s pathway, which offers opportunities at every level of the game.

“Today is a historic moment for the USL as we welcome our first player, Elise Holcey, to the W League,” said Betsy Haugh, Director of Women’s Soccer Operations. “Elise’s signing speaks to the USL’s overall mission of creating opportunities for our players to advance within the game. We have been consciously building the W League to reflect the greater mission of the USL and to see that pathway come to fruition on our first player signing is evidence that we will be able to continue to offer development opportunities through our women’s pathway.”

As the W League prepares for kickoff in 2022, the league will create upwards of 750 new playing opportunities for women athletes looking to pursue careers in pre-professional soccer. As it stands, the W League has welcomed 26 inaugural season clubs to its ranks and is expected to reach its goal of 30 clubs by early December.