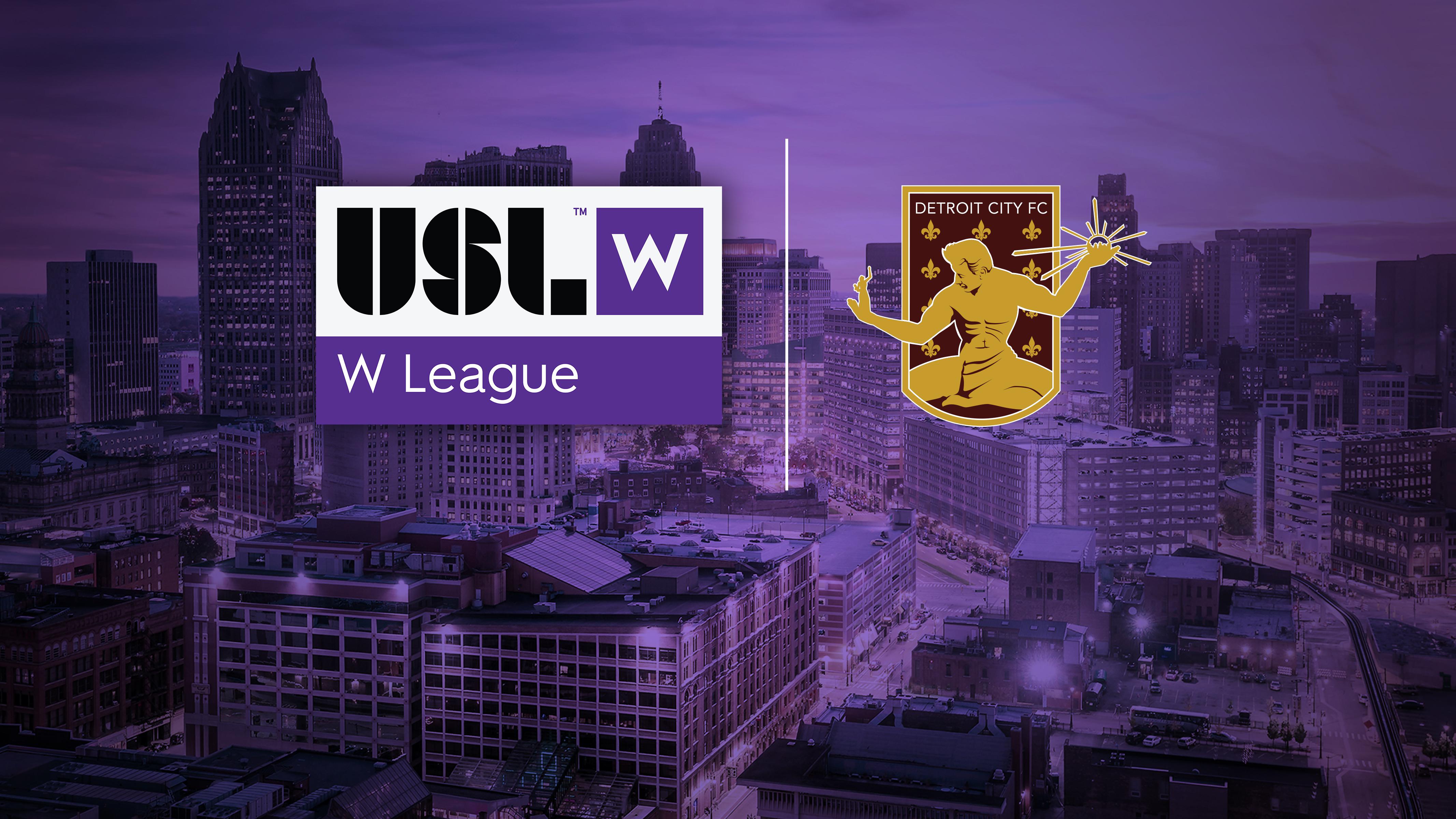 “Since 2012, our vision for Detroit City FC has been to become Detroit’s soccer club for all time, and accomplishing that would be impossible without a women’s team,” said Co-Owner and CEO Sean Mann. “A successful and equitable women’s side is what our supporters demand, and it’s what our players in rouge and gold deserve. We see joining the USL W League as a natural next step in becoming the most inclusive, community-focused, and supporter-driven club in the USA that we strive to be. We look forward to seeing what our returning head coach Sam Piraine and his staff and players will be able to accomplish with this new challenge.”

Founded by members of a local co-ed rec league in 2012, Detroit City FC has become widely recognized for its commitment to inclusivity, passionate fan base, and fantastic matchday experience at Keyworth Stadium. The club’s motto, “Passion for Our City, Passion for the Game,” speaks to the club’s grassroots foundation, which centers on satisfying the demand for soccer in downtown Detroit, representing the city in a positive light, and building community through the game of soccer.

Detroit City FC has continuously shown a dedication to its community, as evidenced by its ownership structure, including approximately 2,700 fans who share a 10% stake. Furthering the goal of growing the game from the ground up, the club has established additional ties to the city by encouraging players to participate in youth coaching clinics and offering volunteering opportunities with the youth summer camps.

The historic community-driven club plays its home matches at Keyworth Stadium in the city of Hamtramck. Its home venue has become a staple of American soccer as it continuously draws sold-out crowds with a lively atmosphere showcasing the fanbase’s passion for the game and the club. A cornerstone of the club’s commitment to gender equity, Keyworth Stadium will also serve as the home of Detroit City’s new W League team.

The addition of a senior women’s team in the USL W League is part of Detroit City FC’s long-term vision and commitment to community impact and growing the women’s game. In joining the league, Detroit City FC will continue to offer athletes in Detroit and its surrounding cities direct access to pre-professional careers in soccer. The club will also see the benefits of the USL’s fully formed women’s pathway, which offers playing and coaching opportunities at all levels from youth to pro.

“On the heels of Detroit City FC’s exciting announcement to join the USL Championship, we are thrilled to extend their relationship with the USL to the women’s side and welcome them into the W League,” said Betsy Haugh, USL Director of Women’s Soccer Operations. “We look forward to the 2022 season and to the impact Detroit City FC will continue to make in their community and the game.”