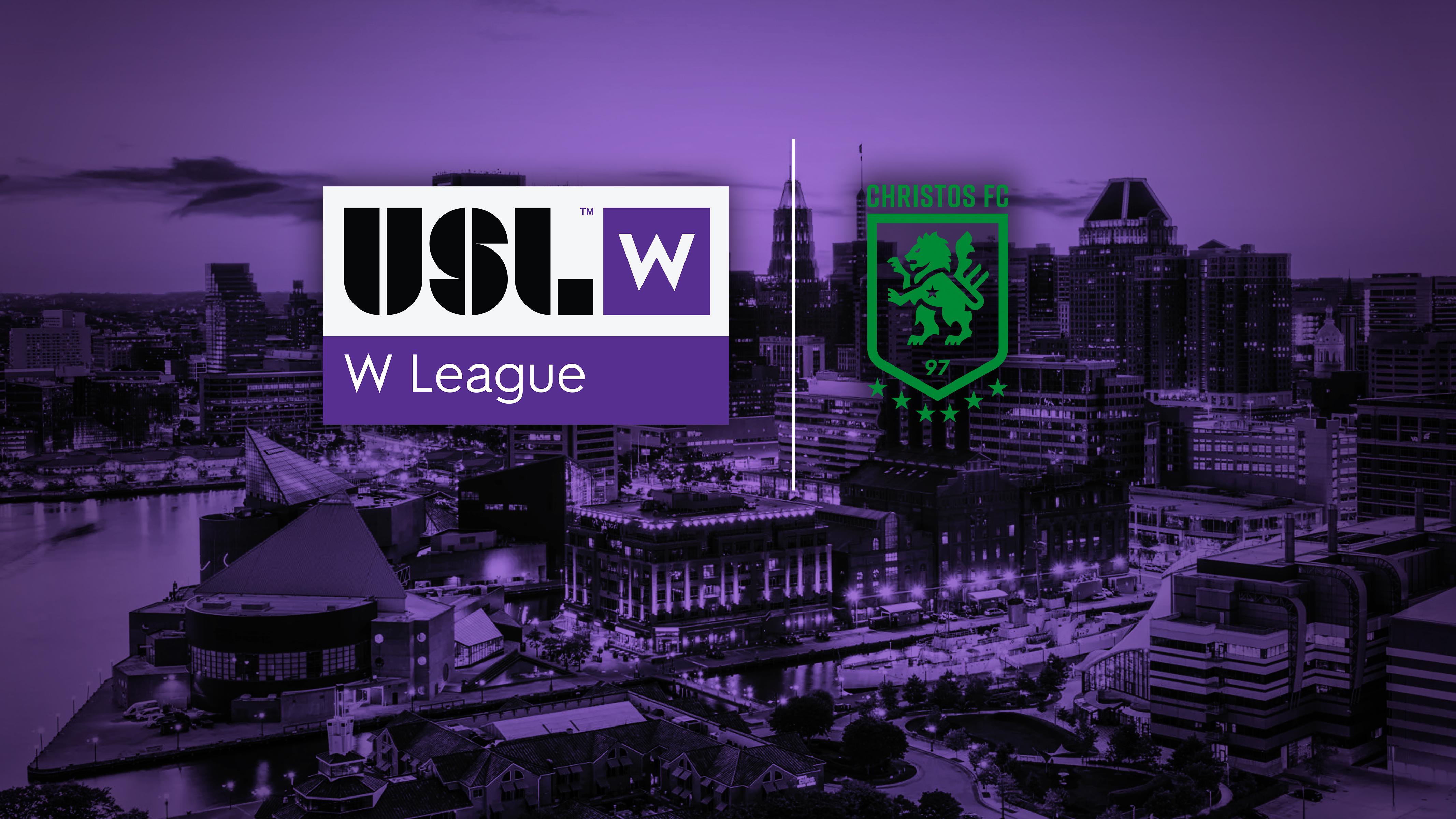 BALTIMORE, Md. - The United Soccer League (USL) today announced Christos FC as the latest club to join the USL W League. The Baltimore-based club will compete in the league’s inaugural season in 2022.

“Christos FC has been a member of the soccer community for 25 years and has competed at the highest amateur levels,” said Darius Taylor, President of Christos FC. “We have now elevated our program with a women’s team that will compete against other talented teams in USL W League. We look forward to a great season!”

Founded in 1997 by the Haislip brothers, Christos FC’s programming focuses on developing players and people with the goal of being a club most admired for its character, philanthropy and on-field performance. The historic club offers committed players the opportunity to develop their skills so they can compete at the highest level of play and encourages its players and teams to create a positive competition environment.

The Baltimore-based club is founded on the values of family, community and tradition and uses these values to drive its mission of giving back to the community. Through its commitment to the Baltimore community, the club places an emphasis on forming local partnerships and identifying and developing local players who desire to reach their professional goals.

The introduction of Christos FC to the W League will allow the club to establish a new development pathway for its membership, offering a concrete step in the direction of building and growing the women’s game in Baltimore and its surrounding areas. Membership in the W League solidifies Christos FC’s commitment to producing talented players from diverse backgrounds by giving equal opportunity to all athletes in the region to compete at the pre-professional level in the nation’s most competitive playing environment. Entrance into the pre-professional W League will also give Christos FC full access to the USL’s women’s pathway, which offers playing and coaching opportunities at all levels from youth to pro.

“We are excited to see Christos FC extend its programming to include opportunities for women athletes in the Baltimore region,” said Betsy Haugh, USL Director of Women’s Soccer Operations. “The club has an excellent history of success in the men’s game and we look forward to watching the club build on that history in the women’s game starting in 2022.”