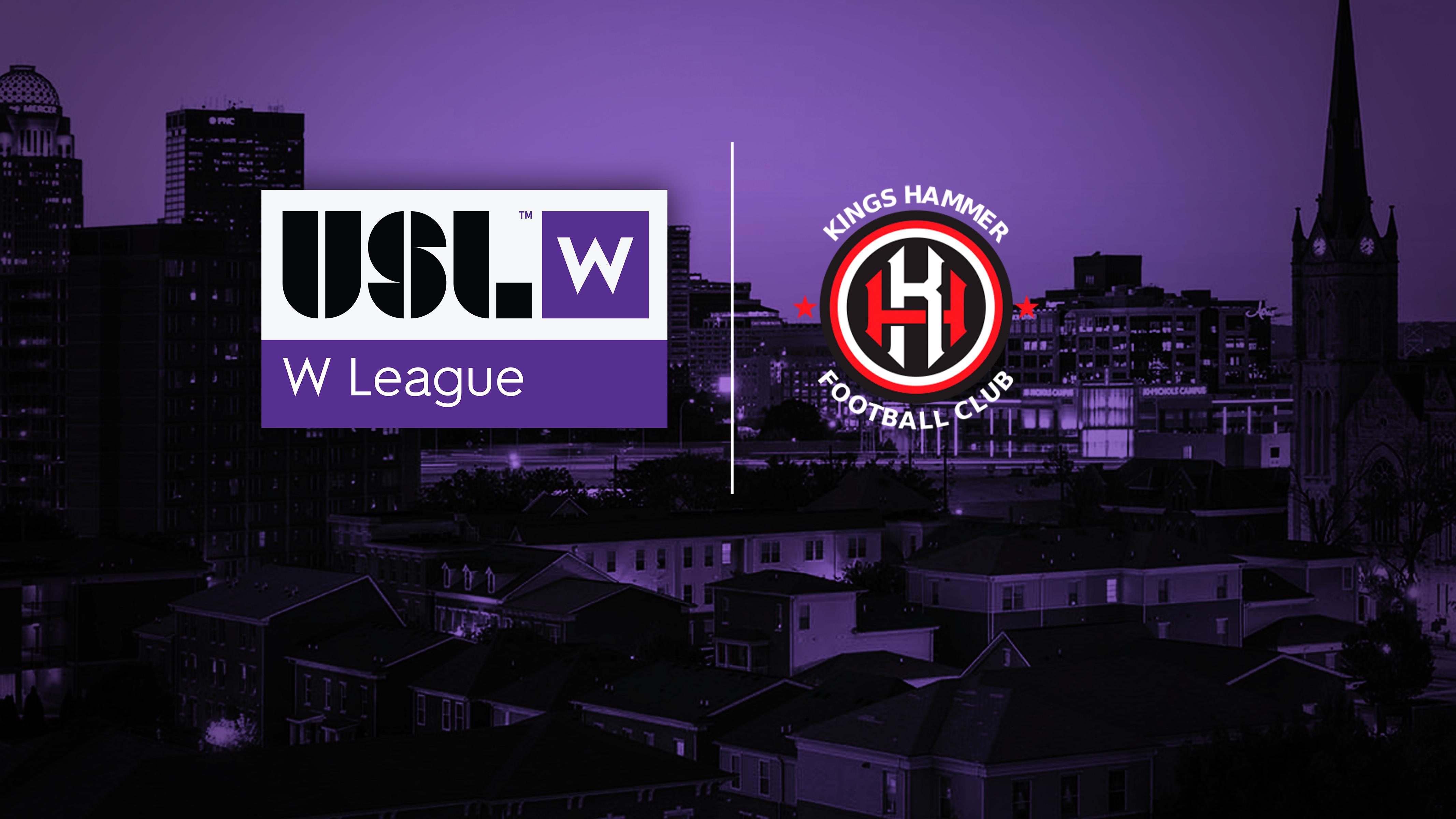 “All of us here at Kings Hammer are excited to announce our USL W League team,” said Paul Nicholson, Kings Hammer FC Technical Director. “As a club we are very proud of our female programming and the strong pathway we have been able to create. The addition of the USL W League will allow our female alumni as well as other talented pre-professional soccer players from around the country to compete at a high level right here in Cincinnati.”

As one of the fastest growing soccer clubs in the Midwest, Kings Hammer FC was founded to provide soccer and educational opportunities to players of all ages and playing abilities in the Cincinnati community to create a lifelong passion for the sport of soccer. The club prides itself on its positive training environment, developing collegiate, professional, and national team level athletes through its holistic player development model. Beyond performance, Kings Hammer FC fosters an environment where the leadership, development, and personal growth of its players remains at the forefront of its mission to grow the game in the United States.

Kings Hammer FC’s unwavering dedication to its club and community is driven by its active membership in the Cincinnati community, as evidenced by its year round service initiatives, local partnerships, and community programs. The club strives to be best in class both on and off the pitch and uses these activations as a basis for creating a united front within the community around the game of soccer.

In joining the W League, Kings Hammer FC will further its commitment to the growth of the women’s game and continue its success in developing first-class athletes. The club has notably been the home to championship-winning players such as Aubrey Bledsoe and Bayley Fiest and international talent in the likes of Katie Murray. Through membership in the USL’s pre-professional women’s league, Kings Hammer FC will now offer athletes in the greater Cincinnati area access to a competitive gameday experience and a direct pathway to the professional game through the USL’s robust women’s pathway.

“We are excited to welcome Kings Hammer FC to the W League for our inaugural season in 2022,” said Betsy Haugh, USL Director of Women’s Soccer Operations. “By joining the W League, Kings Hammer is taking a huge step towards offering players in the region equal opportunity on both the men’s and women’s side of the game. We look forward to seeing all that this team will accomplish in its first season in the League.”

Kings Hammer FC will be holding its first USL W League tryouts on Thursday, January 6 from 2-4:30pm at Town & Country Sports Complex in Wilder, KY. For more information and to register visit www.kingshammerfc.com.