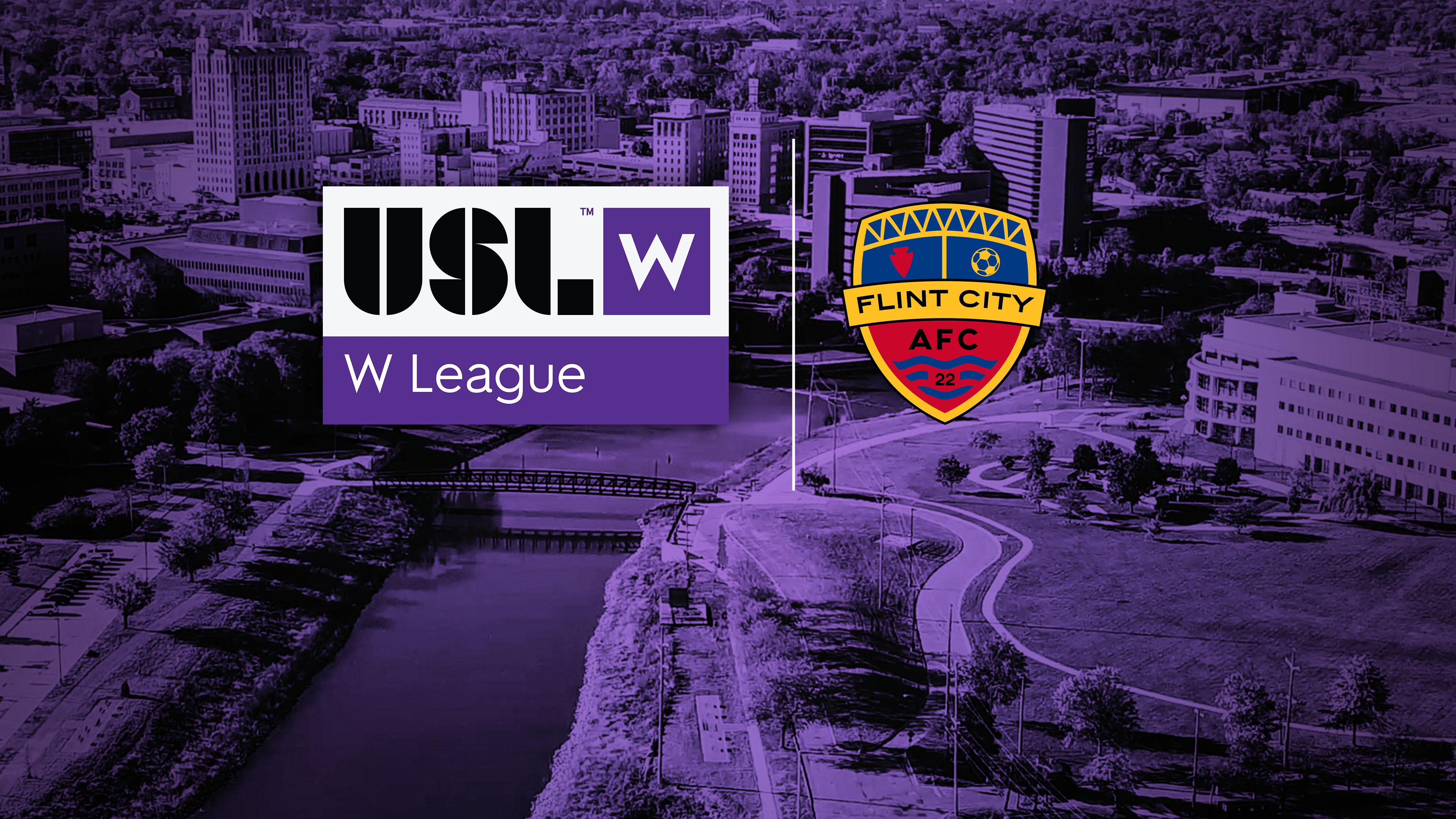 FLINT, Mich. - The United Soccer League (USL) today announced Flint City AFC as the latest club to join the USL W League. The Michigan-based club will compete in the league’s inaugural season in 2022.

“We are excited to form this partnership with Eddie Hudson and launch a USL W League team in Flint, Michigan,” said Costa Papista, President of Flint City AFC. “Starting a women's side has always been on our radar and the timing of USL W League's launch is ideal for our organization. We know that our supporters will be excited as they have been strongly encouraging us to make this a reality.”

With over 27 years of experience in USL League Two, the Flint City Bucks organization is now extending its programming to include a women’s senior team in the USL W League. Flint City AFC, an extension of the Flint City Bucks organization through the acquisition of Detroit-based Corktown AFC, will serve as a development platform for athletes in Flint and its surrounding cities to pursue pre-professional careers in women’s soccer through the USL’s robust women’s pathway.

“We are very excited to join Flint City AFC to make this happen,” said Eddie Hudson, Partner of Flint City AFC. “We have watched this fanbase and supporter group grow and we know they will love the energy, grit and skill that our ladies will bring to Flint.”

The long-standing Michigan-based club is the most successful USL League Two club in league history, winning four national championships and three consecutive Hank Steinbrecher Cups. The club has also managed to convert 80 former Flint City players into professionals in leagues all around the world. Flint City AFC will look to build on the success of the men’s side, creating a direct pathway to the professional game through the USL W League.

“This Flint City Bucks partnership will expand the city's sports, entertainment, and economic development footprint,” said Mayor Sheldon Neeley. “Over the years, some of Flint’s greatest athletes have gone on to successful professional careers. This is a wonderful opportunity for Flint to continue being the perfect location to highlight elite athletes from high school, college and all the way to the professional stage.”

In joining the W League, Flint City AFC will deepen its commitment to the growth of the women’s game by providing equal opportunity for its membership to reach the next level of their soccer careers. A cornerstone of this commitment is the club’s home venue at Kettering’s historic  Atwood Stadium where both the men’s and women’s senior teams will play home matches in the 2022 season.

“We are excited to welcome Flint City AFC to the W League for the 2022 season,” said Betsy Haugh, Director of Women’s Soccer Operations. “The club’s vision to offer more opportunities to athletes in Flint and its surrounding cities perfectly aligns with the mission of the W League to provide a pathway to the professional game for players across the nation. We look forward to seeing what this team will accomplish in the league’s inaugural season.”