Showcasing a striking logo that depicts Minnesota’s Northern Lights, the winning name emerged after a four-month process which started with the team’s Community Owners submitting more than 100 names from Sept. 13-17. Team founders narrowed the list to 16 names on Sep. 29, before Community Owners voted on Oct. 7 to cut the options to seven, and on Nov. 30 to select the three finalists: Arctic Minnesota, Minnesota Foxfire FC, and Minnesota Aurora FC.

“We are excited to share the team name and brand with the community after months of work and voting,” said Aurora FC team designer and co-founder Allie Reinke. “It’s been a wonderfully collaborative process with community input that helped create this final brand, and is something that our Community Owners overwhelmingly loved.” 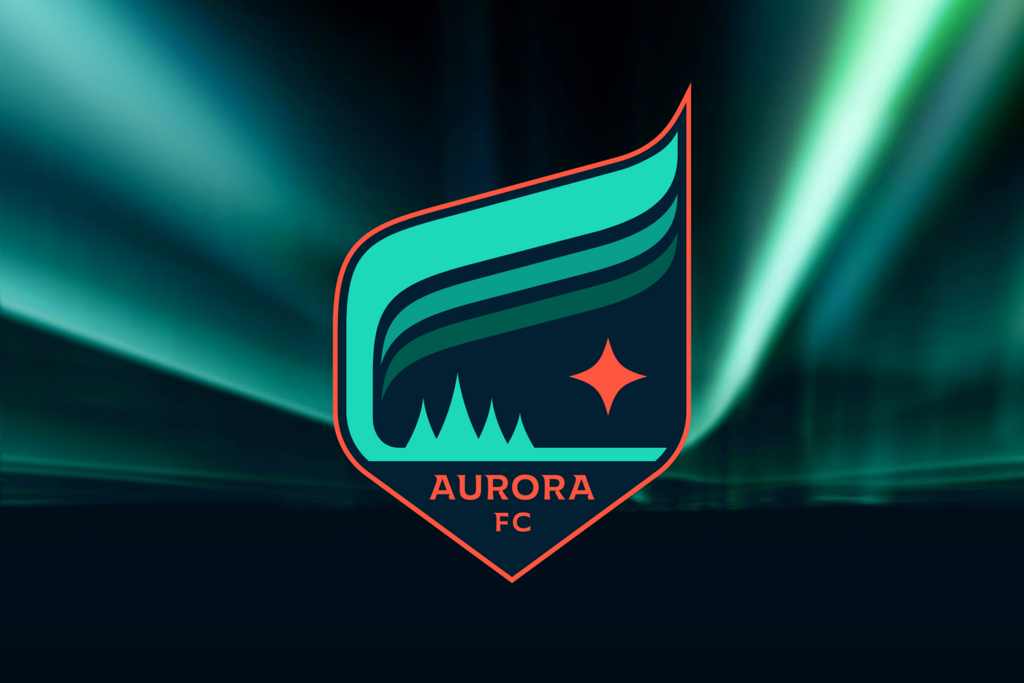 The three finalists for team name were first announced to Community Owners of the pre-professional club on Nov. 30 and were presented alongside logo concepts for each name. The club’s designer and co-founder Allie Reinke worked with designers Nicole Meyer and Carla Zetina-Yglesias to develop each logo. Community owners provided feedback and made their final selection for team name.

Minnesota Aurora FC emerged the strong favorite with a name and crest that evokes the striking beauty of the northern skies of Minnesota. The crest depicts the three swooshes of an aurora over a Minnesota forest with the bright North Star beneath representing Minnesota, the North Star State.

The team’s primary colors are the Midnight Blue of the night sky and the Aurora Teal. The crest’s accent colors come from the additional Dark and Medium Teal of the aurora and the Flash Red.