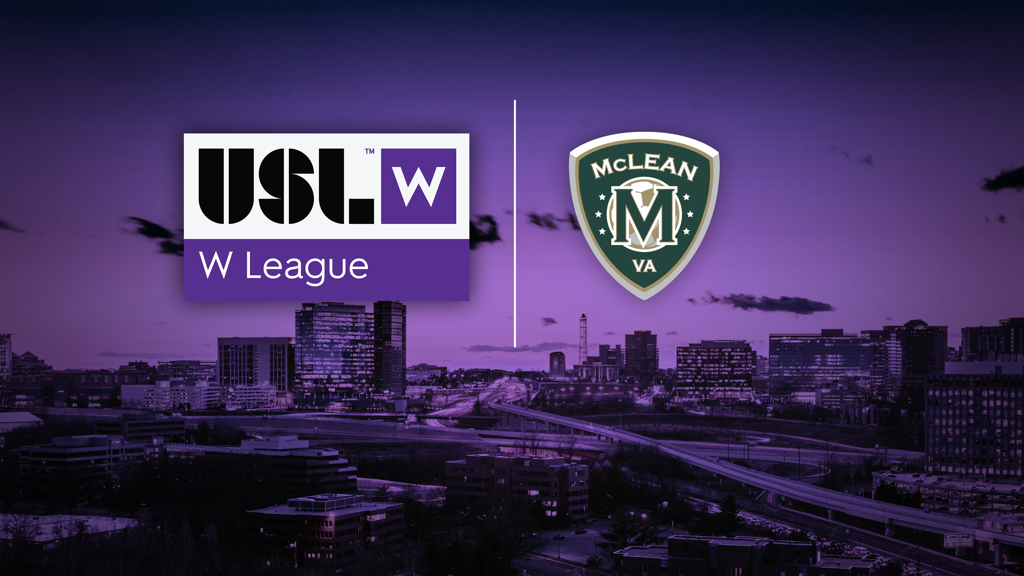 TAMPA, Fla. and MCLEAN, Va. – The United Soccer League (USL) today announced McLean Soccer as the latest, and final, club to join the USL W League for its inaugural season that kicks off on May 6th. McLean Soccer, the league’s 44th team, will play in the Mid Atlantic Division.

“We are very excited to be a member of the USL W League program for 2022,” said Louise Waxler, McLean’s Executive Director. “This is a testament to the depth of the player pool in our area, the performance of McLean teams and players, and the strength of our coaching staff. Providing this opportunity aligns with the official Mission of our club.”

McLean Soccer was founded in the early 1980’s in McLean, Virginia and has since become an integral part of Virginia’s soccer landscape. The club consists of both a recreation and travel program. McLean Soccer is committed to ensuring that each player achieves their soccer goals, realizes their full soccer potential and ultimately, falls in love with the game of soccer. Currently, McLean Soccer has approximately 3,200 players, 1,200 of which are travel team players.

Over the past 14 years, McLean Soccer has had 245 players commit to furthering their college careers at NCAA Division I, II, and III programs, many of whom have gone on to the professional ranks. In addition, the club has had several players called into United States and Italian Youth National Team squads, as well as alumna including Andi Sullivan (United States), DiDi Haracic (Bosnia & Herzegovina) and Marlo Sweatman (Jamaica) compete at the senior international level.

“We are thrilled to welcome McLean Soccer to the W League,” said Betsy Haugh, USL Director of Women's Soccer. “McLean Soccer has a storied history of furthering opportunities for women athletes, and we believe the club will be a great addition to our inaugural season.”

McLean Soccer develops players at all levels, creating a culture of inclusion, innovation, and excellence, and positively impacts its community. The club participates in community engagement with outreach to various non-profit organizations in the greater Washington DC area.

Following the addition of McLean to the Mid Atlantic Division, the finalized division schedule for the 2022 W League season will be released on Thursday, March 3.