From the Pitch - Inseparable 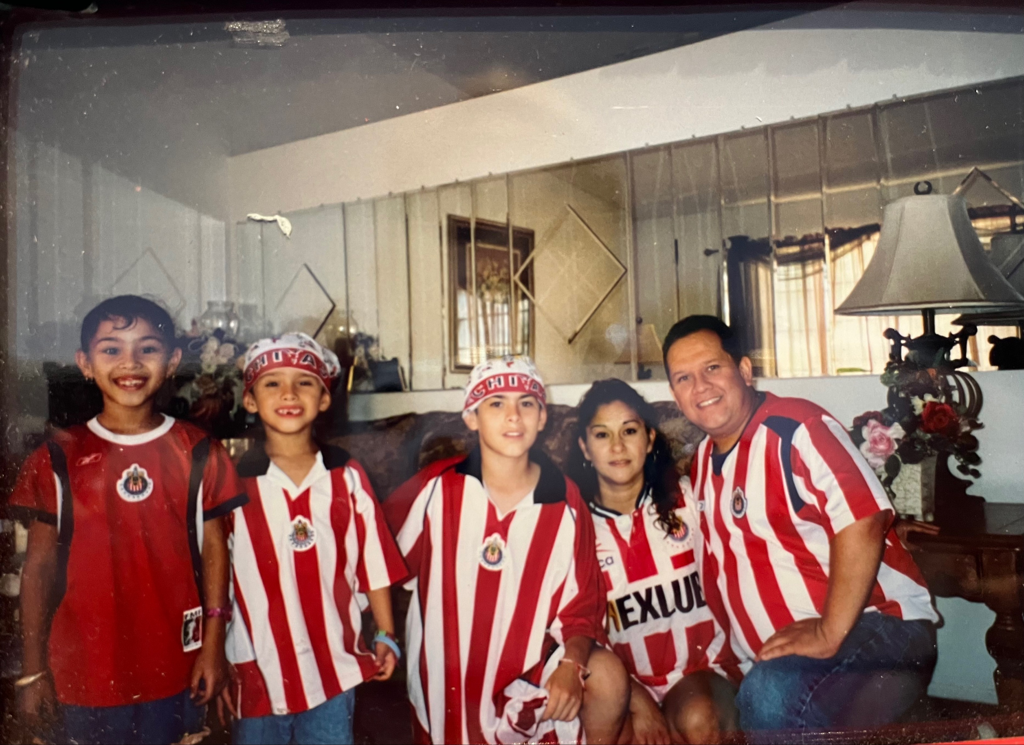 The funny thing about soccer and me is that our first encounter was not the friendliest one.

I have an older brother who was involved in sports at a young age. As it goes, I wanted to be like him and play soccer too.

I can still remember the first day of practice. I was sitting in our car bawling my eyes out. I told my parents that I had changed my mind, that I didn’t want to play soccer anymore. My dad understood, he told me that he didn’t want to force anything on me. My mom wasn’t having it. She had already paid for the season and said something along the lines of “Ahora juegas, porque juegas.”

After that, I never looked back. 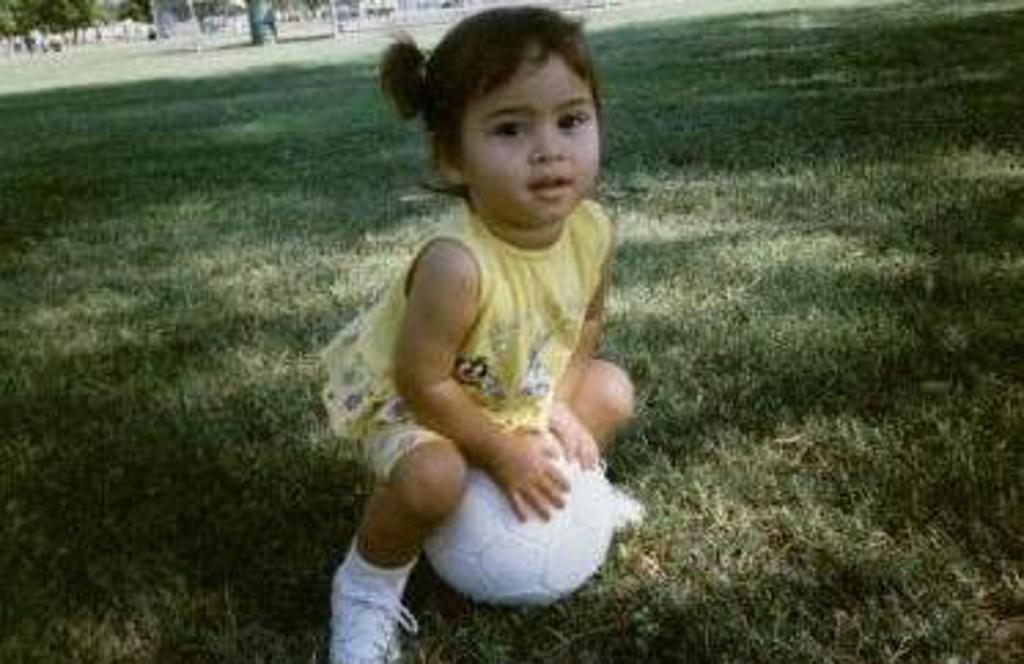 My mom always told my two brothers and I that she picked a great man to be the father of her children. My dad loved being around us. Although his first love was baseball – he grew up playing it – when he realized that we wanted to play soccer he took it upon himself to learn more about the sport, watch it and teach us. Soccer became something that we did together. He was my first coach. 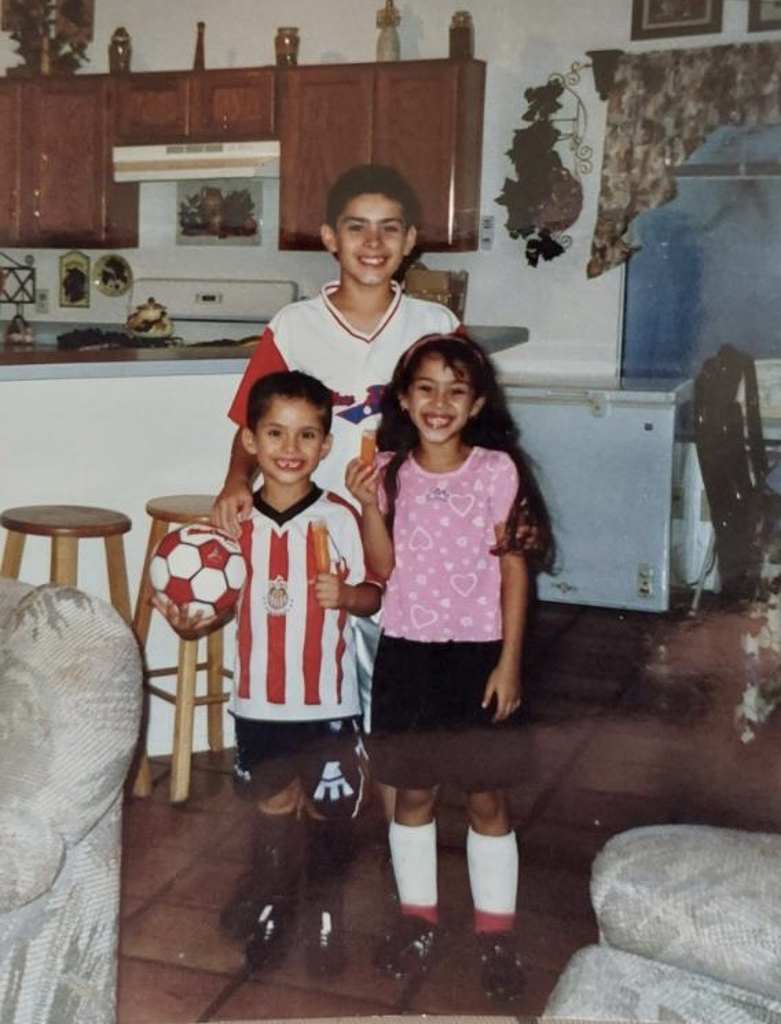 Some of my best memories come from those long afternoons that would turn to nights practicing with my dad on how to control a ball out of the air on the first touch. Juggling. Learning how to take a defender 1-v-1. It was all these small technical things that differentiated me as a player.

Another aspect of the game he preached was learning by watching. My dad would tell me to pick a player on a team that had similar traits to those that I possessed and watch their movements on and off the ball.

I quickly became a fan of the game. Saturdays and Sundays were dedicated to watching beIN SPORTS in Spanish, turning the TV on full blast (to get a game-like feel) and learning. And what better team to watch than Pep’s Barcelona? Andres Iniesta was and will always be my favorite player.

Whenever I was on the pitch, I would always try to replicate their moves. And if I didn’t try something, we would talk about it in the car. “You should’ve done this,” and “Remember this play, next time try that.” We loved to talk about the entire game after it was over, that’s how I learned. 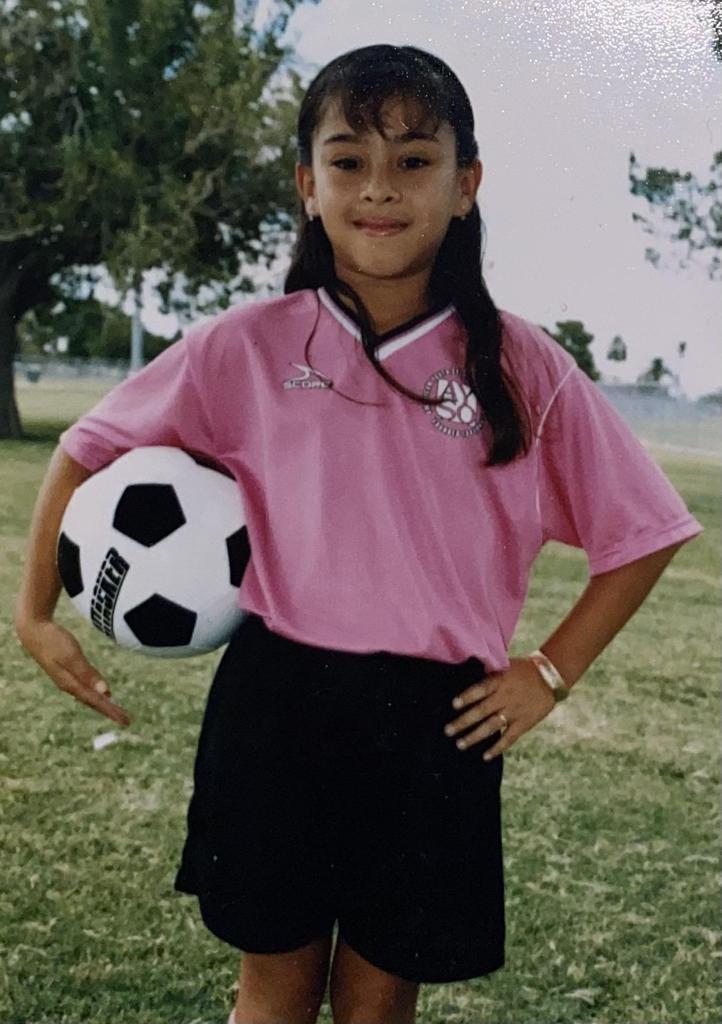 As time went on, my dad and I created a soccer sign language. Any teammate, coach or parent who has ever been a part of my soccer career can attest to this. It started with a specific whistle my dad did to get my attention followed by a series of hand gestures to show me where to get in position. It was our thing. Soccer was our thing.

One of my favorite parts about playing soccer was getting to travel to places like Nevada, California and New Mexico for soccer tournaments with my dad. Going on road trips was something that we looked forward to. Having meaningful conversations about life and soccer while occasionally interrupting one another to sing along to our favorite music. We loved staying in hotels, eating great food, touring the city and of course playing two games in one day. It had a big impact on our relationship.

He was always there. Every practice. Every tournament. Every game. Always coaching. Always being a dad.

Every time I create a plan for my life, it never works out.

I desperately wanted to attend college out of state after high school to play competitive soccer. It didn’t happen. I played for two years in junior college, and I wanted to transfer to play elsewhere after graduating and it didn’t happen either.

My whole life I defined myself as a soccer player and when it was time to hang up my boots, I entered a period where I didn’t know what to do. I was very angry and felt that I had disappointed a lot of people who believed in me and saw my potential. 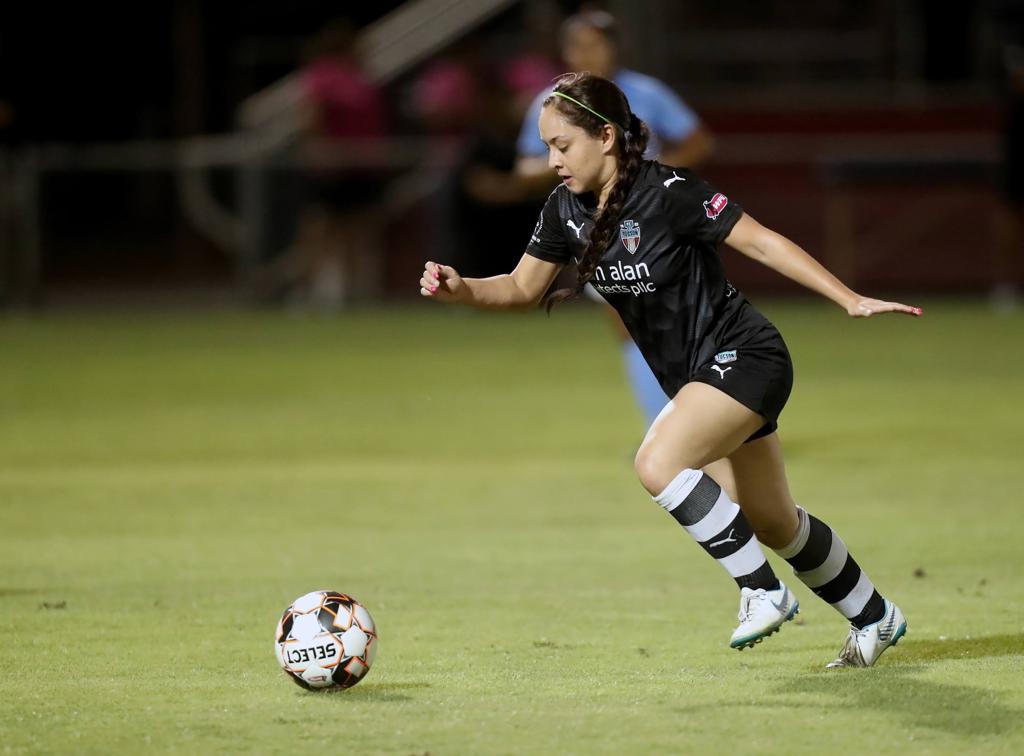 I was constantly fighting my demons. I thought about the different directions my life could take. I had to develop a new mindset and understand that football was no longer a part of my life and that I had to find my true purpose.

Although I was no longer playing competitively, I still played, or at least found opportunities to play after school. Pick-up soccer, indoor soccer, everything. Any chance I had. I was trying to fill that void of not being dedicated 24 hours a day, seven days a week to the only thing I knew how to do.

My parents could tell that I was miserable.

After graduating from junior college, I attendedthe University of Arizona and declared myself a business administration major. My grades weren't the problem. The problem was that I didn't understand anything that was going on in my classes.

So, one day I decided to sit down and talk to my parents about the idea of ​​changing careers and going in a different direction. I felt guilty about this because my parents worked so hard to get me through college, and by changing majors I felt like I was wasting their money and my time.

After that long conversation, they looked at each other and they looked at me and they said, “We know. We knew from the beginning that business was not for you, but you had to find out for yourself.”

And then I understood.

Making the transition from being a soccer player to a soccer reporter was one of the easiest things I’ve ever done. It just made sense to me.  My dad was the one who suggested this career path for me, he told me that I possessed a lot of the qualities that soccer reporters and analysts do. So, I put my knowledge and passion for the game and outgoing personality to the test and started down a new path. Just like he supported my playing career, my dad is now supporting me in this next chapter of my life. 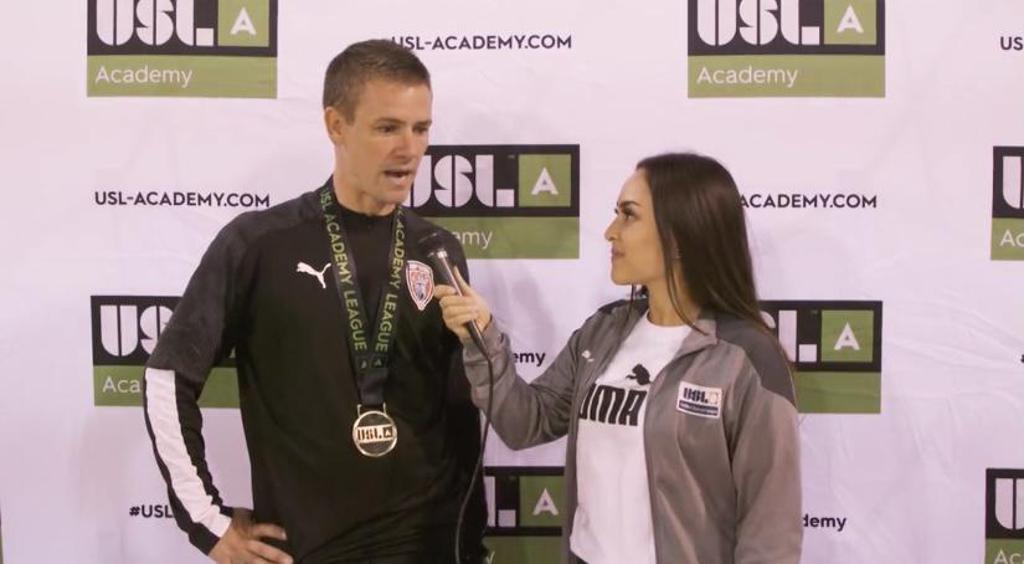 Everything that the game has given me prepared me for this next step in my soccer career. At the USL, I found a place that embraces everything that makes me who I am and uses my strengths to continue growing the game of soccer across North America. As a former player, the new opportunity being created in the women’s game is something I’m excited to be a part of. 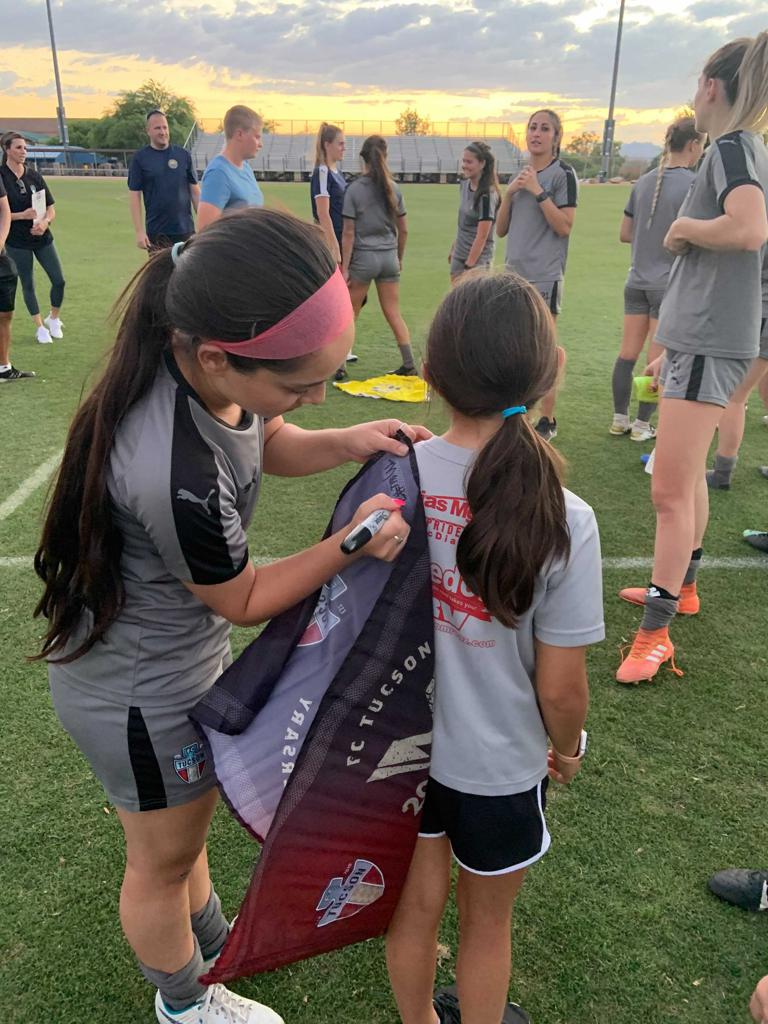 As I write this, I can’t help but feel nostalgic, I think about how amazing my childhood was and how grateful I am for all the people that have helped me get to this point.

I am proud of the woman that I’ve become and that I’ve found a place where I feel I belong and can make an impact.

Dad, if you’re reading this, I am proud to be your daughter. 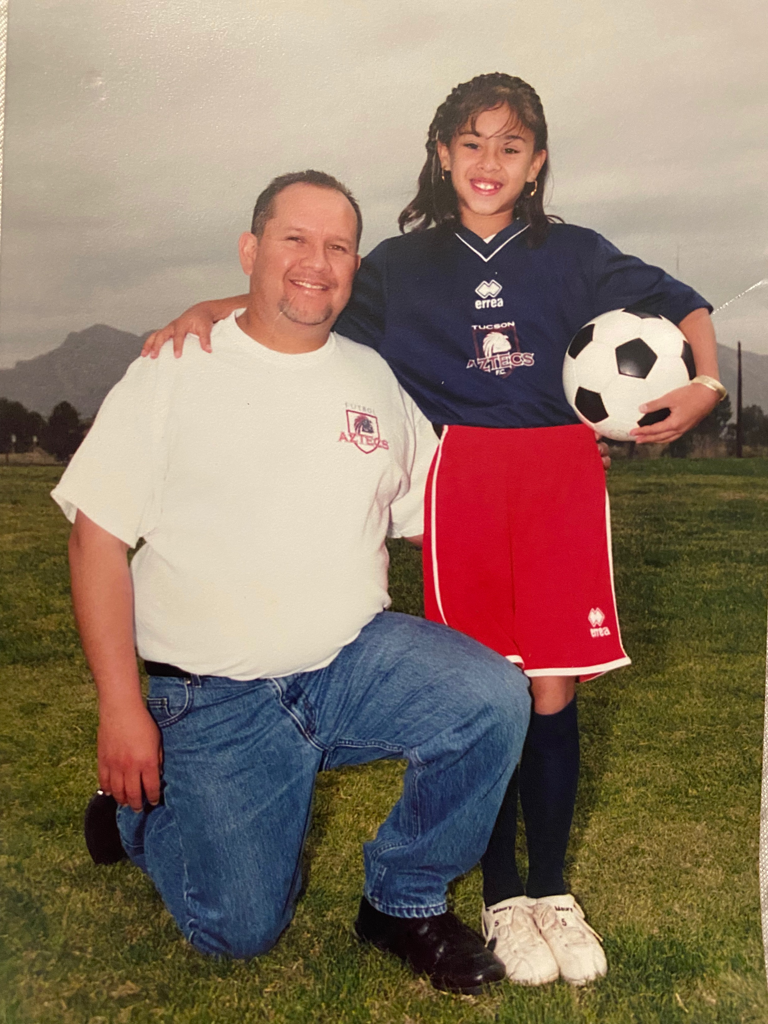