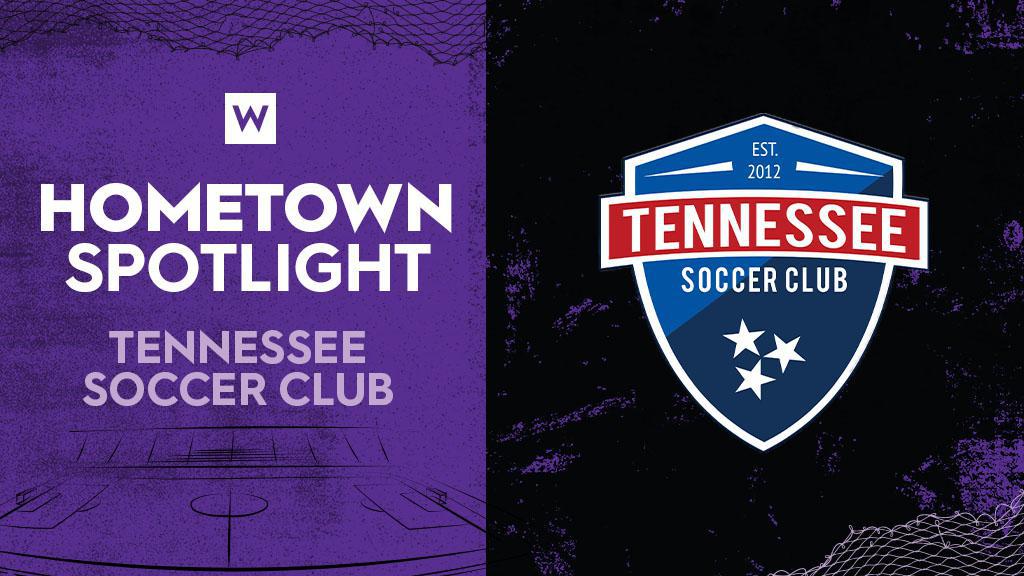 Tennessee Soccer Club’s inaugural USL W League roster features many faces fans of the club may recognize. The roster currently sits at 29 players, with 24 of them being from Tennessee and a large portion being alumni of the club’s youth program, which is one of the largest youth programs in the country.

“It is very special for our homegrown athletes to have a pre-professional team they may proudly call their own,” said head coach Dalton Kaufman, who has been coaching at TSC for the last year. “It is a testament to the depth and quality of players both at Tennessee Soccer Club and the Middle Tennessee region.

“The season provides a golden opportunity for our collegiate players to train with an experienced coaching staff while competing at the highest available level in order to stay technically sharp, tactically proficient and physically fit,” said Coach Kaufman.

Many alumni from Tennessee Soccer Club opted to play collegiately out of state at NCAA Division I universities. However, the USL W League has presented a unique opportunity for former teammates to dawn the TSC crest and share the field once again.

“TSC offering a USL W League team is a really exciting step for women’s soccer in Nashville,” said midfielder Anna Haddock, a first team All-SEC player at Auburn University. “It is allowing many former club players to come together again and continue growing ourselves as players and people.”

In addition to her accolades at TSC and Auburn University, Haddock recently represented her country on the United States U-23 Women’s Youth National Team this past March.

“Not only will this allow us to develop more as players but play for a team that our family and friends can easily support,” said Haddock.

Hayley Howard and Harper White join Haddock as TSC alums who left the state of Tennessee to play at the highest collegiate level. Howard grew up in Brentwood, TN, less than 20 minutes from Nashville and White grew up in Nashville. For them, the opportunity to play at a high level during their summer break is good, but the opportunity to return home to play is even better.

“TSC has always been great with providing an avenue for me and my teammates to play soccer at the highest level,” said Howard, who is a midfielder at the University of Louisville. “Having a W League team so close to home presents me with an opportunity to spend the summer with my family while also continuing my development as a player.”

“Being able to come home to just as high a level of play as when I'm in college is going to be so great for my development,” said Harper White, a current defender for the Clemson Tigers. “It means a lot because it allows me to come home and play for my town at the level I need to in order to prepare for my collegiate season in the fall.”

For Coach Kaufman, the opportunities extend beyond this inaugural roster. “The introduction of the W-League comes at the perfect time as it will not only provide an opportunity for these young players to watch some of the best female athletes in the country compete but may also inspire many of them to set goals of one day reaching the pre-professional and even professional levels.”

“It allows young girls to watch college players compete at a higher-level right in their backyard,” added White.

“Having a W League team opens a path to allow us to fulfill our dreams of playing professionally. That is not something we’ve had before and it’s a big opportunity,” said Howard.

TSC opens its season on Wednesday, May 18 at home against South Georgia Tormenta FC. Kickoff is slated for 7:30 PM CDT in Nashville, Tennessee.