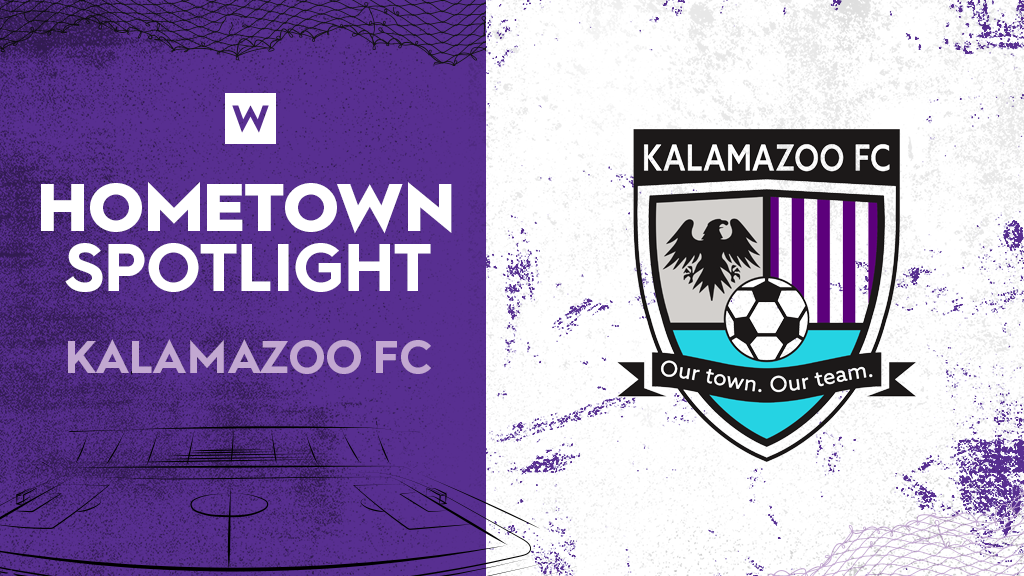 For more than three decades, the soccer scene in Kalamazoo, Michigan has created a foundation that has sent players up the ranks into the college game and beyond.

As the inaugural USL W League season quickly approaches this summer, the arrival of Kalamazoo FC to the league to provide the next level of competition for local talent is an exciting, and necessary, development according to Head Coach Todd Wells.

“The opportunity to offer a USL W League team here is a huge leap for a city that has been begging for it,” said Wells. “The number of opportunities for ladies has grown astronomically. The Kalamazoo FC W League team will hopefully continue to encourage and motivate our younger players to strive to play at a higher level for their hometown team.”

You only need look at Kalamazoo FC’s inaugural roster to see the local roots the club is building on. Of the more than 30 women currently registered for the club’s inaugural season, 75 percent grew up playing in Kalamazoo’s youth programs.

One of those is Mackenzie Ford, a Kalamazoo native who recently committed to NCAA Division II Women's soccer powerhouse Grand Valley State University. The defender will use the W League summer season to gear up for her freshman season.

“Playing on this W league team will help me build on my skills in preparation for my college season,” said Ford. “This gives me an opportunity to play with advanced players and work with girls from all over.”

Beyond the on-field experience, there’s another factor which has Ford excited to have a W League Team in her hometown.

“By having a W league team so close to me, it is a way for me to be an active participant within my community,” said Ford. “I feel a sense of pride being given the opportunity to showcase my skills and abilities while representing Kalamazoo.”

While Ford joins Kalamazoo FC at the doorstep of beginning her college career, the side will also feature numerous current college players this season. Players currently competing at Detroit Mercy, Grand Valley State, Southern Illinois, Spring Arbor, Eastern Michigan and more are represented in the squad, as are local colleges Western Michigan and Kalamazoo College.

The side will also feature local standouts eager to continue to compete at a high level after the conclusion of their college careers. One of those is Grace Labadie, who graduated from Western Michigan in 2019 after starting her collegiate career at Indiana University in 2016. Now she will represent the club she grew up playing for and continue her playing career.

“Having a W League team close to home is super exciting for me since I grew up playing here,” said Labadie. “Over the last five years, I’ve had to commute to another city to play my summer soccer – now I won’t have to do that.”

For Ford, Labadie and others, the arrival of the W League at Kalamazoo FC also represents the arrival of an equal platform for the women’s game in the region. The club introduced a USL League Two team last season, and for women in Kalamazoo the commitment to equality is important for not only this team, but also for the rest of the state.

“This means a lot for me and the women in Michigan because we are now given the same opportunity to play,” said Ford. “Also, it's great for younger generations to have a team to root for and strive to join as they develop their own soccer careers.”

“I am very excited for this new experience and to be a part of history.”

Labadie also sees the growth of women’s soccer over the last decade as a huge opportunity. “There are currently so many opportunities in Michigan for women to play at a high level – I can’t say that was the case six years ago, so pushing to form teams of this caliber in Michigan (and beyond) is a huge deal. If there's a men’s team in the city, why can’t we have a women’s team?

“I think now more than ever there’s a real desire to watch and support women’s sports, so being able to give that to the community and young players is really exciting.”

Wells is excited about a competitive season, but for him, there is more to it than that.

“I am eager for the ladies to play in front of the community, and hopefully offer an environment that is fun and brings local soccer people together. In the end, we are all involved in the game of soccer to have fun and to build relationships,” said Wells.

“I am optimistic about the team this spring, but having done this before, I am also keenly aware that our group of coaches and operational staff needs to focus on providing a rewarding, respectful, and memorable experience for our players and fans,” continued Wells. “If we can manage that, we will also find success in the form of wins and exciting moments in games. What we need now is for the Kalamazoo community to get behind us.”

Kalamazoo FC opens its W League season on May 7, at Detroit City FC, with kickoff at 7:30 pm ET. Kalamazoo’s USL W League home opener is Saturday, May 14 against the Flint City Bucks. Kickoff is slated for 7 pm ET.