Friday’s match will serve as the first of 254 matches to take place across the W League this season. 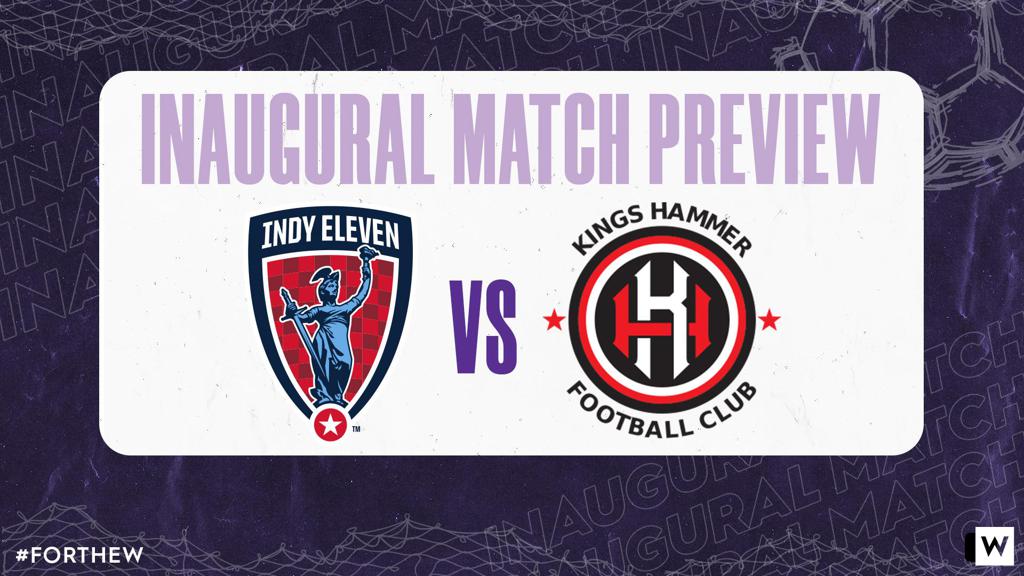 INDIANAPOLIS – The long-awaited inaugural USL W League match between hosts Indy Eleven and Kings Hammer is set to take place on Friday night. Kickoff is slated for 7 p.m. ET at Indy Eleven’s Grand Park facility. The match can be streamed live on ElevenSports.com.

“With the first kick of the inaugural W League match on Friday night, we can now see a new era of women’s soccer being ushered in by the USL,” said Amanda Vandervort, President of the USL Super League. “We're expecting a great crowd in Indy Friday night and we look forward to celebrating the launch of the league with the fans.”

Of Indy Eleven’s 25 players, a large portion is made up by homegrown players – 12 are from Indiana, three are from nearby Ohio and one is from Illinois. Additionally, Indy has four international players dawning the crest this season – Milica Bulatovic and Isidora Gajdobranski both from Serbia, Greta Kraszula from Australia, and Laura Navajas Marin from Spain.

Local to Indianapolis, Butler University is well-represented in Indy’s inaugural roster with four players. Katie Soderstrom arrives after earning 2021 All-Big East First Team for the Bulldogs last fall, while Becky Dean, Julia Leonard, and Abby Isger are all upper-classmen or recently graduated from the university and helped propel Butler to a 15-5-1 record in the 2021 season.

Traveling opponent Kings Hammer look to start the season on a positive note with a roster full of high-caliber talent. With 17 players playing for nine different NCAA Division I teams, Kings Hammer will try to play spoiler to Indy’s season opener.

Jordyn Rhoades, one of the 17, plays for the University of Kentucky and started all 19 matches for the Wildcats this season while earning All-Southeastern Conference Second Team honors last fall.

Indy Eleven vs. Kings Hammer isn’t the only action around the W League this weekend. Two other games will be featured during this opening weekend as Flint City host AFC Ann Arbor and Kalamazoo FC visits Detroit City FC on Saturday night. Kickoffs are slated for 7 p.m. ET and 7:30 p.m. ET respectively.