The W League Final is one month away - is your team going to make the playoff field? 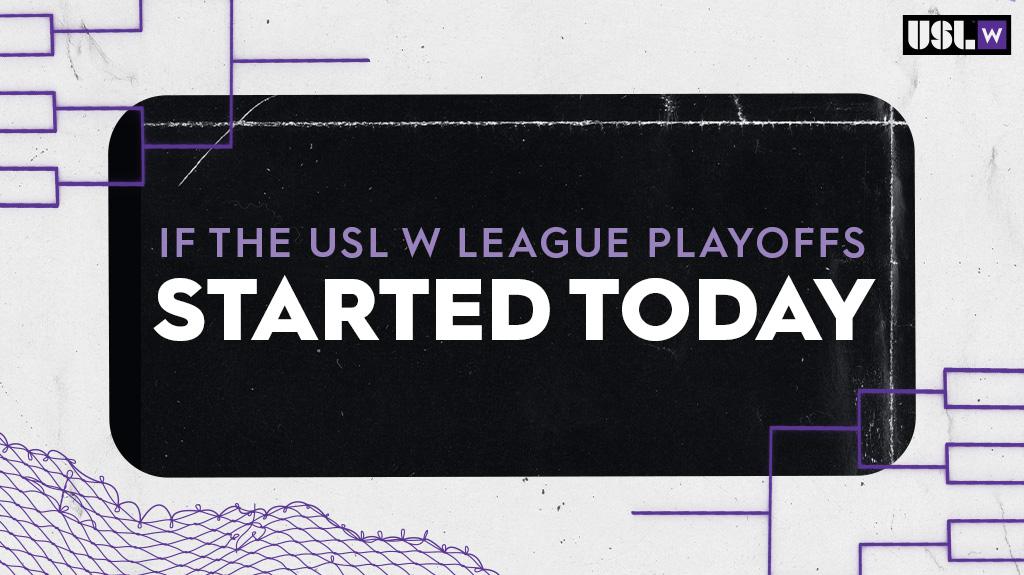 Exactly one month away from the inaugural USL W League Championship on July 23, let’s take a look at who would be competing in the playoffs if the competition started today.

All seven divisions – South Central, Great Lakes, Heartland, Mid Atlantic, Metropolitan, South Atlantic and Southeast – have been allotted one playoff berth for each Division Title winner. The final playoff berth will be a wild card awarded to the second-placed team with the best record from either the Great Lakes or Metropolitan Division, the two divisions with the most teams competing.

Would your team make the playoffs if they started today? Check down below!*

In one of the most tightly contested divisions, South Georgia Tormenta FC narrowly lead the pack with 18 points, just one point ahead of both Chattanooga Red Wolves SC, who have a game in hand, and South Carolina United FC. While Tormenta struggled to find its stride early in the season, now the team is riding a three-match win streak, with only three matches left in the season. Recently Tormenta had one of the biggest victories of the W League season, defeating Tennessee Soccer Club 8-1. Amy Andrews netted four goals and recorded an assist in the affair. Tormenta and Chattanooga face off this weekend in what could be a must-need win for both sides.

Tampa Bay United (6-1-1) currently leads the Southeast Division with 19 points, however, close behind is FC Miami City who has only played six matches to Tampa’s eight. But if the standings stood, Tampa Bay would represent our Florida division in the first round of the playoffs. Tampa Bay has just two matches left this season, however the team is looking to continue its three-match winning streak behind the scoring of Caiya Hanks, who has four goals on the season. A match to watch as the season comes down to the wire will be Tampa Bay facing off against FC Miami City on Friday, July 1 in its last match of the season.

Greenville Liberty SC currently sits undefeated at 7-0-1 with 22 points, leading second place in the division by four points. With four matches left in the season, the Liberty will try to stay hot with help from leading scorer Caroline Conti, who has tallied seven goals this season. Greenville hasn’t just been winning games, the team has been doing it in eye-catching fashion, amassing five Goal of the Week nominations – more than any other club. Greenville will take on divisional rival second ranked NC Courage U23 this Saturday, in a must-watch match.

McLean Soccer has been on a tear since the start of the season, and has already clinched the Mid Atlantic Division as it sits with an eight-point lead over Christos FC, and a nine-point lead onPatuxent Football Athletics, both of which have only two games remaining in the regular season. Currently undefeated at 7-0-0, McLean has not allowed a goal since May 25, recording five consecutive clean sheets. The club has outscored opponents 22-5 throughout the season, and will be aiming to carry that form into the postseason.

Morris Elite SC (6-0-1) sits atop the Metropolitan Division by six points and is currently riding a five-game win streak. The team has only dropped points once this season when it tied Long Island Rough Riders 0-0 over a month ago. Notre Dame’s Katie Coyle has recorded a team-high six goals this season.

Indy Eleven (7-0-2) has been atop the Great Lakes Division most of the season, with its 3-1 win last Friday night against Racing Louisville FC a potentially decisive moment in the division race. Led by the dynamic scoring duo of Katie Soderstrom and Maddy Williams, who have seven goals apiece this season, Indy has had no problem finding the back of the net. Now sitting with a five-point lead on Racing with a game in hand, this is Indy's berth to lose.

Minnesota Aurora FC has been as impressive on the field as the team has been off. The club opened the season in front of a sell-out crowd at TCO Stadium and that has been the only match Aurora has dropped points in through seven matches. Now on a six-match winning streak, Minnesota has found its groove. The team features one of the most balanced attacks in the league with 10 goal scorers, including six with multiple goals. Minnesota will finish the season against its first-ever opponent Green Bay Glory when they travel to Green Bay for two away matches.

The one wild card playoff berth is based off of the second place team within the Great Lakes or Metropolitan Divisions. If the number of games played is not equal, the spot will be determined by points per game. Currently, both Racing Louisville and Queensboro FC are the two in the race for the wild card spot. Both scenarios are detailed below.

Racing Louisville (5-2-3) has had a strong season, currently in second place in the Great Lakes Division. Louisville only has two matches left in the season and both matches are must-win if Louisville wants a shot at the playoffs. Both Emily Madril and Clara Robbins lead Racing with four goals and one assist each.

Queensboro FC (4-2-1) is currently on a five-match winning streak with five matches left to play in the season. One big matchup to keep an eye out for is when QBFC travels division leader Morris Elite in the final match of the season for the clubs.

The following schedule outlines the dates of each round of the 2022 W League Playoffs:

As a reminder, The locations of all matches will be determined via a bid process conducted by the League. Matchups, game times, and locations will be announced following the completion of the regular season.

*This article is is based off records and standings on June 23, at noon ET.