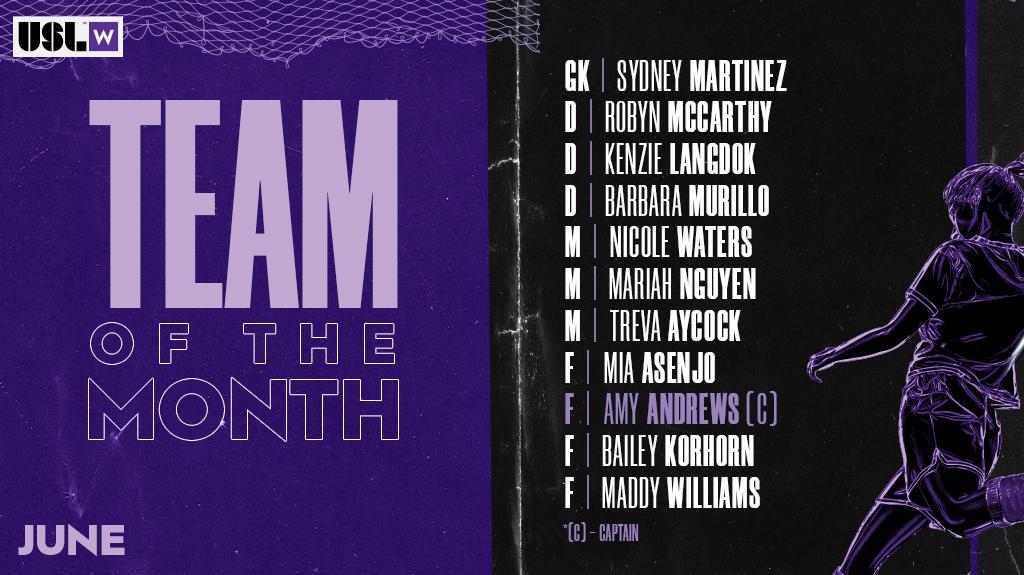 After a dramatic finish to the W League's inaugural season, we now look back on our last month of play and celebrate our Team of the Month for June.

This list has been chosen based off of matches from June 8 - July 10.

Team of the Month: June

F - Amy Andrews, South Georgia Tormenta FC: Western Illinois University product Amy Andrews has been on a tear in the second half of the W League season, recording 13 goals, including a brace in the win or go home divisional-clinching match.