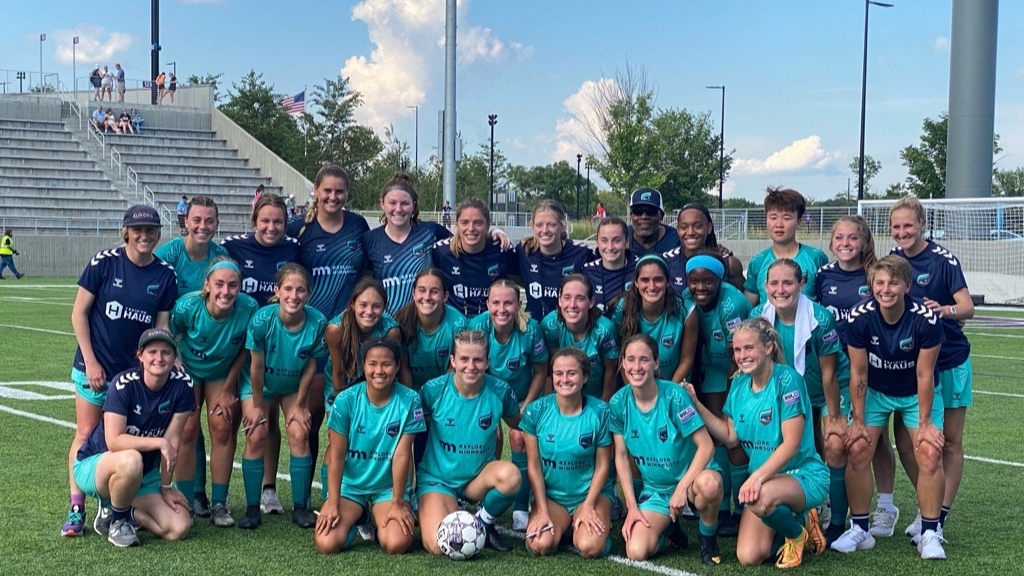 The first semifinal between Minnesota Aurora FC and McLean Soccer kicked off and the hosts applied the pressure early with Aurora tallying four corner kicks in just five minutes. McLean’s defense stood tall, denying each opportunity. McLean did find its groove later in the half, when the team displayed great ball movement in front of goal but were unable to capitalize on the possession. The teams entered locker rooms at halftime in a scoreless draw.

Familiar faces were back for both teams after not appearing in the quarterfinals. Sangmin Cha, Minnesota’s creative midfielder was out due to injury in the team's quarterfinal clash with Indy Eleven. For the visitors, both Makenna Morris and Lauren Flynn, who recently appeared for the U.S. Youth National Team, were back in the starting XI for the Virginia-based club.

Unlike the first half, McLean came out of the locker room with attacking in mind – forcing the Minnesota backline to recover quickly in the 47th minute. However, Aurora would strike first when Morgan Turner sent her defender in the opposite direction with a nice stepover and struck a low ball that went right underneath Ella Gantman's outstretched arm. This was Turner’s eighth goal of the season and fifth straight match scoring for Aurora.

McLean Soccer would see multiple chances in the last 20 minutes of the match, but the team would be unsuccessful in finding the back of the net due to strong goalkeeping from Sarah Fuller between the poles. Turner’s lone goal would prove to be the difference maker that sends Aurora to the USL W League Final this Saturday, July 23.

Turner charges down the right side, steps over the ball sending her defender in the opposite direction and slips the low ball right under the opposing goalkeeper.