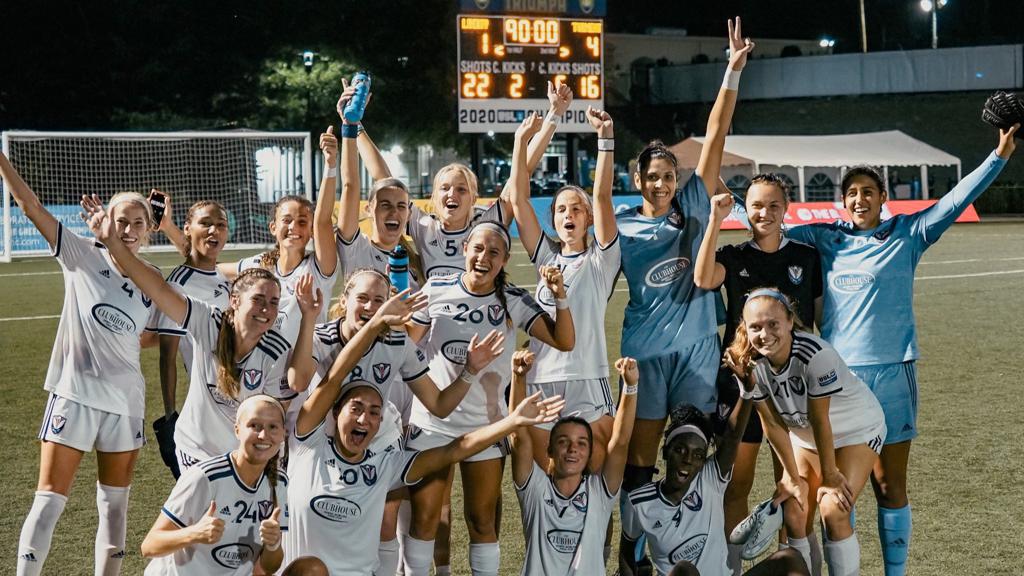 In the highly anticipated second semifinal matchup between hosts Greenville Liberty SC and South Georgia Tormenta FC, the action started early with shots from both teams in the first 20 minutes. Greenville appeared to have the slight edge over Tormenta, but great last-ditch defensive efforts from Tormenta kept the match level.

The Liberty made two early substitutions, bringing in the scoring firepower of Carolina Conti, who leads the team in goals scored at nine of the season, and U.S. Youth National team regular Megan Bornkamp, who hasn’t appeared for the Liberty since early July. Conti made an immediate impact, striking a free kick just inches outside of the goal within her first minute on the pitch.

At halftime the teams went into the locker room in a deadlock. The breakthrough would come in the 54th minute from Tormenta after the ball finds early substitute Remi Olalere and she strikes it off the volley, blasting it past the keeper into the side netting.

Greenville equalized in the 66th minute off a low, driven ball by Caroline Conti, but just two minutes later Tormenta would cause a complete breakdown of Greenville's defense - scoring three consecutive goals in just 11 minutes, all of which Amy Andrews had a part in. In the 68th minute, Andrews found the back of the net after beating two defenders. Then Jaida Nyby snuck the ball past the keeper in the 73rd minute with Andrews providing the assist. To round out Tormenta’s trio of goals was a second from Andrews, which went through the hands of Kellogg, Greenville’s keeper, in the 79th minute.

Substitute Olalere strikes the ball off the volley and blasts it past Greenville’s keeper, Kellogg.

From outside the 18-yard box, Conti fires the ball low and the shot falls underneath the outstretched arms of Tormenta’s keeper to equalize.

Tormenta ran down the lefthand flank and crossed the ball in behind Greenville's recovering defenders. Kellogg makes records a strong double save but is unable to get her hands on Andrews's rebound shot.

Andrews provides a cross behind the backline and Nyby sneaks the ball past Kellogg.

Andrews dances around her defender, fires the ball which goes through the hands of Kellogg for Tormenta’s fourth goal of the half.