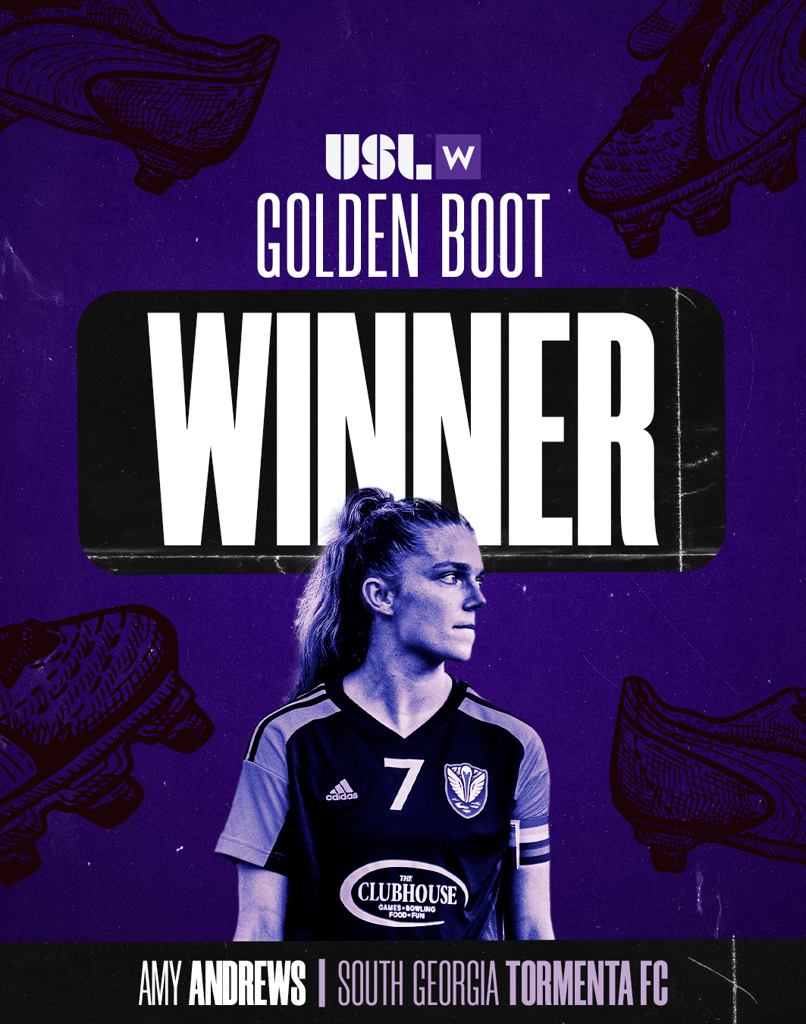 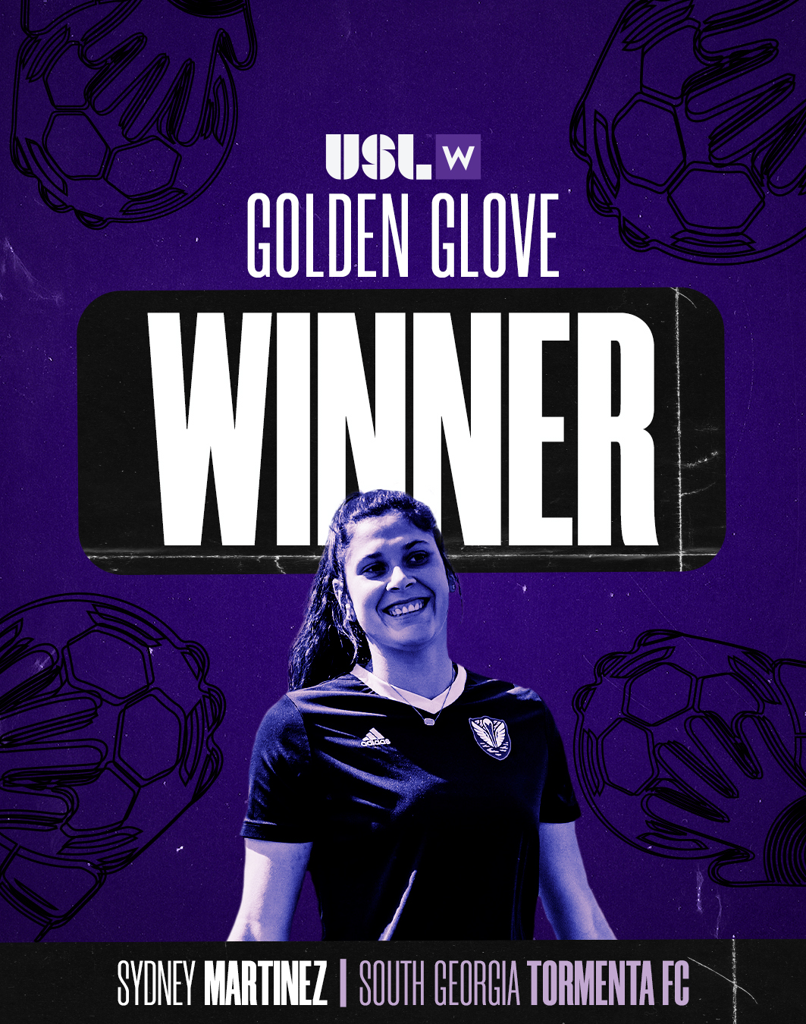 Amy Andrews had an impressive season, scoring 16 goals in 10 regular season matches for Tormenta FC. Andrews recorded a team-high five braces and averaged a goal every 53 minutes for the Georgia-based side.

Andrews continues to assert her goal-scoring dominance in the USL W League Playoffs, scoring the game-winner in Tormenta's quarterfinal match and recording a brace in the teams thrilling, high-scoring semifinal matchup against Greenville Liberty SC.

Sydney Martinez, a University of South Florida product, recorded six clean sheets and a goals-against average of 0.58, as she appeared in all but one match for Tormenta.

Martinez served as Tormenta's team captain, donning the armband in all 11 of her appearances for the club this season. Her leadership on and off the pitch has contributed heavilty to Tormenta's playoff run.

Andrews and Martinez will led Tormenta into the first-ever USL W League final this Saturday at TCO Stadium when South Georgia Tormenta FC take on undefeated Minnesota Aurora FC. Kick off for the championship match is slated for 8 p.m. ET.