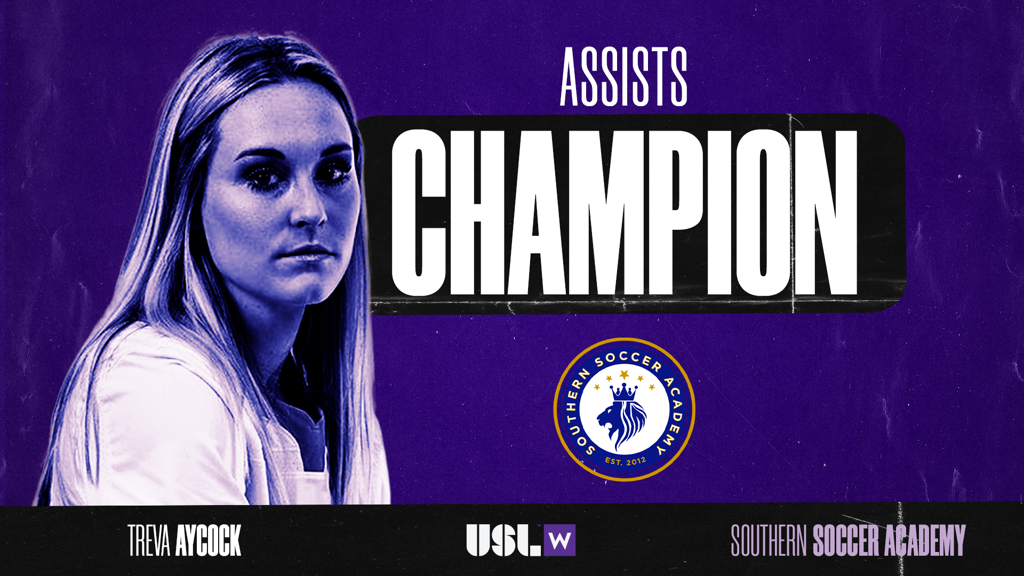 The former Auburn Tiger appeared in all twelve matches for Southern Soccer Academy this season, recording a league-high eight assists. Aycock recorded two assists in a match on two occasions this season.

Aycock also found herself on the receiving end of the ball, adding three goals from the midfield on the season.

Southern Soccer Academy finished the season winning three of its last four matches and Aycock recorded four assists and one goal during the stretch.