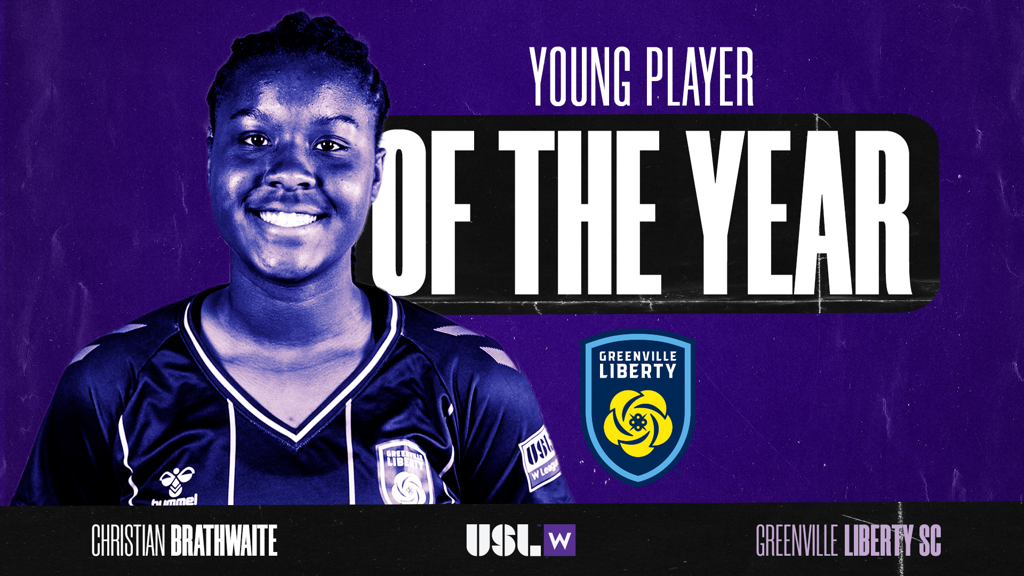 TAMPA, Fla. - Greenville Liberty SC midfielder Christian Brathwaite has been named the 2022 W League Young Player of the Year for the regular season. All players under the age of 18 are eligible for the award, which is selected by USL HQ based on regular season performance.

Born in June 2005, Brathwaite was a consistent contributor from the midfield this season for Greenville, appearing in 11 matches for the club and celebrating her 17th birthday midseason. Brathwaite’s command of the midfield helped the Liberty achieve an 8-2-2 record and a playoff berth. She netted four goals and recorded four assists in her 11 matches. Brathwaite won the USL W League Fans’ Choice Goal of the Week in Weeks 3 and 6, making her the only W League player to win the award more than once.

Christian attends Charlotte-Mecklenburg Virtual School and is from Charlotte, NC, where she currently plays with the Barca Academy. The rising high school senior has verbally committed to play at the University of Georgia.

Chloe Ricketts, F, AFC Ann Arbor: Chloe Ricketts, born in May 2007, scored four goals in 11 matches for AFC Ann Arbor this season. Fans voted Ricketts, then 14, the winner of the first W League Goal of the Week for her incredible strike against Flint City AFC on May 7th.