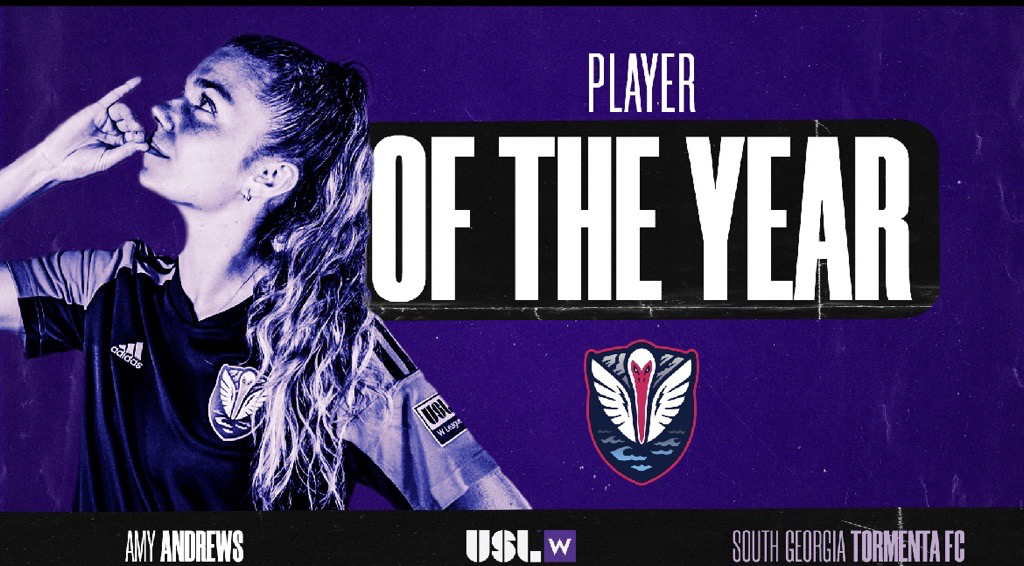 TAMPA, Fla. - South Georgia Tormenta FC’s Amy Andrews has been voted the 2022 USL W League Player of the Year for the regular season.

The Birmingham, England native was unstoppable this season with 16 regular season goals and two assists, leading her team to a 7-1-4 record. Andrews recorded a brace in Tormenta FC’s final match of the regular season against South Carolina United SC, which clinched the South Central division title, sending the team to the playoffs. Over the course of the regular season, Andrews averaged a goal every 53 minutes of play.

Minnesota Aurora FC’s Makenzie Langdok captured the most fan votes as the only defender on the ballot and finished second in the total weighted vote. Indy Eleven forward Katie Soderstrom finished third.

Tune in to the USL W League Final this Saturday, July 23 as South Georgia Tormenta FC and Minnesota Aurora FC battled to be crowned the first-ever W League Champion. Kickoff is slated for 8 p.m. ET and the match can be streamed on ElevenSports.com.