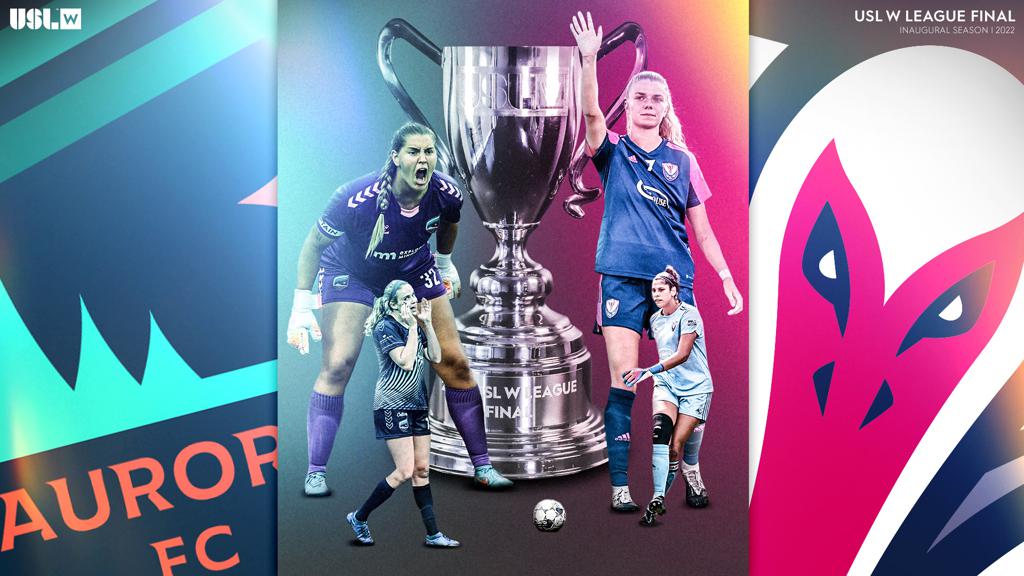 EAGAN, MN – The inaugural 2022 USL W League Final is set for one last bout between two of the best teams in the league – Minnesota Aurora FC and South Georgia Tormenta FC. The two powerhouses will meet Saturday, July 23 with kickoff slated for 8 p.m. ET at TCO Stadium. Tune in to ElevenSports.com because you’re not going to want to miss this matchup.

Both teams have had marquee seasons and the Saturday night championship match will be a thrilling ending to a historic inaugural season in the W League. In this star-studded matchup, fans can expect unbelievable goals and heart-stopping saves from both teams.

Minnesota had the league-best regular season record at 11-0-1. With a balanced scoring attack, Minnesota managed to record 13 different goal scorers on the season. On the other end of the pitch, goalkeeper Sarah Fuller and the Minnesota backline anchored by Player of the Year runner-up Mackenzie Langdok, ran a tight shift all season only allowing eight goals in 12 regular season games.

The Aurora have shown grit and tenaciousness not only in the regular season but into the playoffs as well. The club’s match against Indy Eleven was one of the most thrilling and dramatic of the playoffs. Led by USL W League Coach of the Year Nicole Lukic, the Aurora look to finish the season off strong and take home the hardware.

Minnesota’s road to the final:

Minnesota Aurora FC 2, Indy Eleven 1: In the quarterfinal, the visitors took a first-half lead to silence a sold-out crowd of 6,200, but Aurora came back in the second half through stunning strikes from Morgan Turner and Mayu Inokawa and a huge penalty save from Sarah Fuller.

Minnesota Aurora FC 1, McLean Soccer 0: In its semifinal, in front of Aurora’s second sold out crowd in as many playoffs matches, Minnesota and McLean entered halftime deadlocked in a scoreless draw with not much separating the two sides. Morgan Turner’s 52nd minute goal would prove to be the difference that would send Aurora to the first-ever W League Final.

South Georgia Tormenta FC has found tremendous success this season, led by the league’s Golden Boot winner and USL W League Player of the Year Amy Andrews. The visitors look to come into uncharted territory and hand Aurora its first loss of the season.

With a regular season record of 7-1-4, Tormenta finished the season strong, winning five of the club’s last six including two 8-goal matches for the Ibises. Andrews has scored nearly half of all Tormenta FC goals this season with 16 in the regular season and three in the postseason. Goalkeeper Sydney Martinez has been incredible between the sticks for Tormenta, winning the Golden Glove so expect heart-stopping saves on both ends of the pitch tonight.

Tormenta’s road to the final:

South Georgia Tormenta FC 1, FC Miami City 0: In a tight quarterfinal matchup between undefeated Miami City and a fired-up Tormenta, the visitors got the winning goal from goal machine Amy Andrews in the 62nd minute.

South Georgia Tormenta FC 4, Greenville Liberty SC 1: After a scoreless first half in the semifinals, Tormenta would find the back of the net off a sweet volley in the 54th minute. The floodgates would open in the 66th minute when Conti equalized for Greenville. Tormenta would then rattle off three unanswered goals in just 11 minutes, catapulting them into the inaugural W League final.

The stage is now set for the biggest match of the season. Tune in to ElevenSports.com at 8 p.m. ET tonight for this historic night.