Vote for the 2022 USL W League Save of the Year

PK stops, long-range denials and a goal line save highlight a year of incredible saves 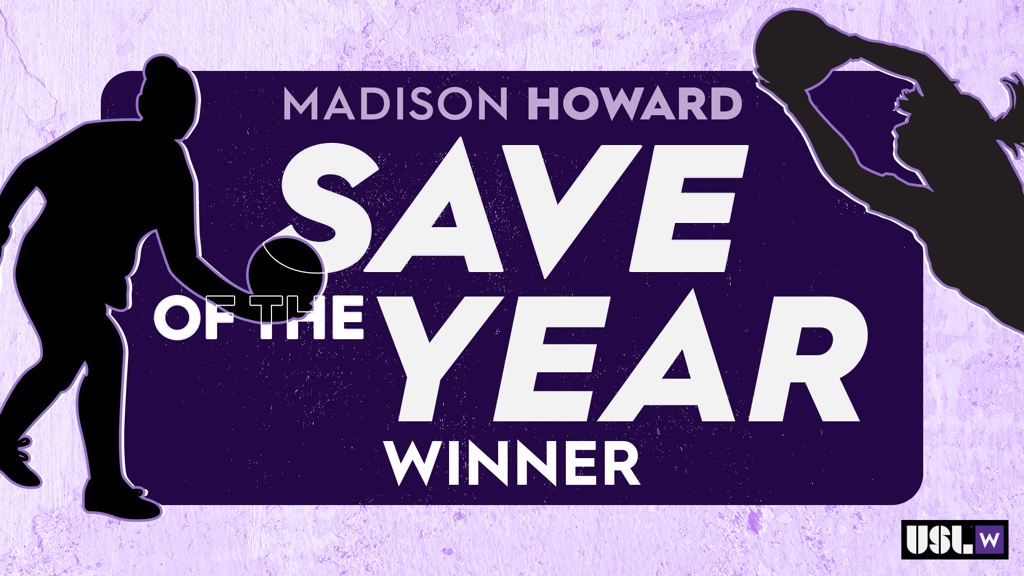 The inaugural season of the USL W League showcased some exciting and heart-stopping saves. Relive five of the best and then vote at the bottom of this page for your favorite!

Both Goal of the Months are eligible, with Madison Howard from NC Fusion claiming both of those monthly awards. In addition, another regular season favorite was Arden Lembryk of Morris Elite SC.

Two incredible postseason saves are also included - Sarah Fuller's penalty save against Indy Eleven in the quarterfinals and Sydney Martinez's penalty save in the W League Final.

2022 USL W League Save of the Year Nominees

Arden Lembryk, Morris Elite SC: Lembryk's backtracking save against Queensboro FC won her the Save of the Week for Week 10. Lembryk, who was at the top of the 18 when the ball was struck, back peddled back to the 6 yard box to make the jumping save to push the ball over the top of the net.

Sarah Fuller, Minnesota Aurora FC: Fuller's quarterfinal penalty kick save against Indy Eleven helped paved the way for Aurora FC to make it through to the semifinal. Fuller guessed the correct side and the PK had no chance of getting past her gloves.

Madison Howard, NC Fusion: Howard's heroics won her Goal of the Month in May and in this save, you can see why. The long-range shot soars in from outside the left of the 18, but Howard gets a hand on it and pops it wide of the net.

Sydney Martinez, South Georgia Tormenta FC: Martinez's unbelieve penalty kick stop and subsequent save in the W League Final may have been her biggest save of the season, keeping everything level in the second period of overtime.

Madison Howard, NC Fusion: Howard recorded incredible saves all season long - winning her not only Save of the Month in May, but also in June. Howard's second save to make the nominee list is a double save, which she calmly handles with all the commotion in front of goal.