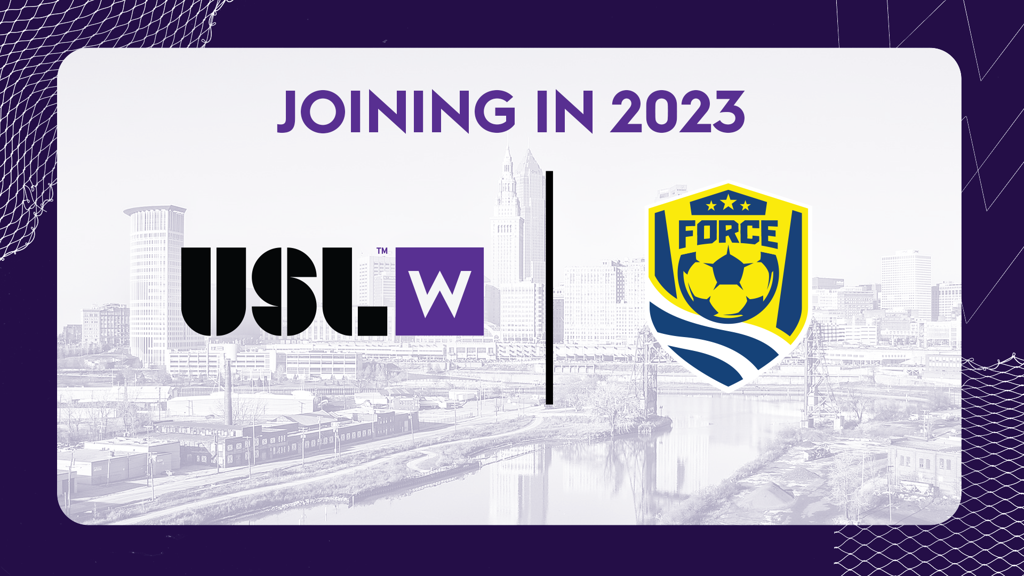 Cleveland Force SC was formed in 2018 after a merger of three of Cleveland's most prestigious Youth Soccer Clubs: CSA Impact, Cleveland United, and Internationals SC. More than a dozen youth and senior national team players, more than 40 professional players, and more than 500 collegiate players have come through the Force organization.

“We are excited to welcome Cleveland Force SC to the USL W League for the 2023 season,” said Joel Nash, Vice President of Pre-Professional and Youth Properties. “Ohio is a great soccer state with tons of high-caliber talent in greater Cleveland. We look forward to providing those players the opportunity to further their careers in the W League’s second season.”

The club’s key values are Commitment, Humility, Integrity, Respect, and Passion and their mission is to provide soccer players a club structure, focused on empowering hardworking, responsible and humble boys and girls, who approach goals with a positive outlook, both on and off the field.