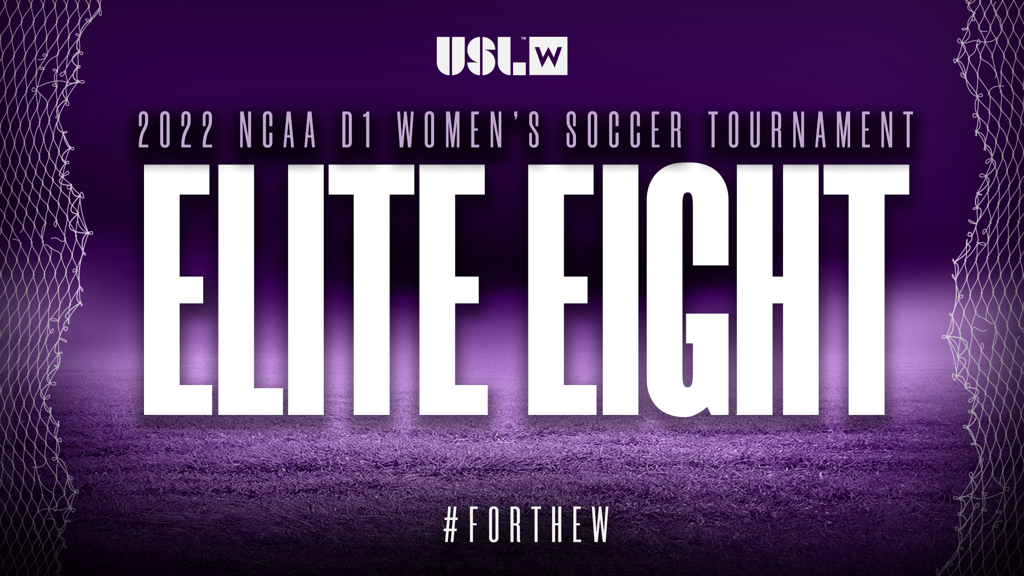 The NCAA D1 Women’s Soccer Tournament is down to the top eight teams in the nation. Of the Elite Eight, 7 of those teams feature at least two W League amuni on their roster and in total nearly 40 W League alumni are still competing for the NCAA D1 Women's Soccer Championship.

Check out each team's W League player to watch in the Elite Eight below:

Riley Tanner has been a mainstay for the Crimson Tide attack, starting 24 of the team’s 25 matches this season. Contributing five goals and seven assists, Tanner has been one of the squads most valuable players. Similar to Tanner's W League season, the productive forward appeared in five matches for Midwest United, adding a goal and seven assists.

Maggie Graham has appeared 21 times for Duke this season, where she tallied four goals and six assists for the Blue Devils. During the 2022 W League season, the midfielder recorded a goal and an assist in five appearances with the NC Courage U23 squad.

Clara Robbins started all 21 matches for the Seminoles, scoring five goals and supplying five assists on the season. Over the summer, Robbins appeared in 10 matches for Racing Louisville, where the midfielder added four goals and an assist.

Katie Coyle has been a regular in Notre Dame's backline, appearing in all 22 of the Fighting Irish's matches this season and even adding a goal. The defender scored seven goals for Morris Elite in the 2022 W League season.

The University of North Carolina has enough alumni to field an entire W League starting XI including substitutes., so it is only fitting to select both a field player and goalkeeper for the Tar Heels.

Tori Hansen has been an integral part of the UNC squad all season - starting all 23 matches for the Tar Heels. Hansen scored seven goals and had two assists during the season. With the NC Courage U23 team, the defender appeared eight times, adding a goal.

College and W League club teammate Emmie Allen was also a huge part of UNC's success on the field this season.

UCLA is the only team in the Elite Eight that does not have a W League player on their roster.

Claire Constant started 21 matches for the Cavaliers in a backline that held opponents to only 15 goals on the season. Over the summer, Constant held down the McLean Soccer backline in four matches.