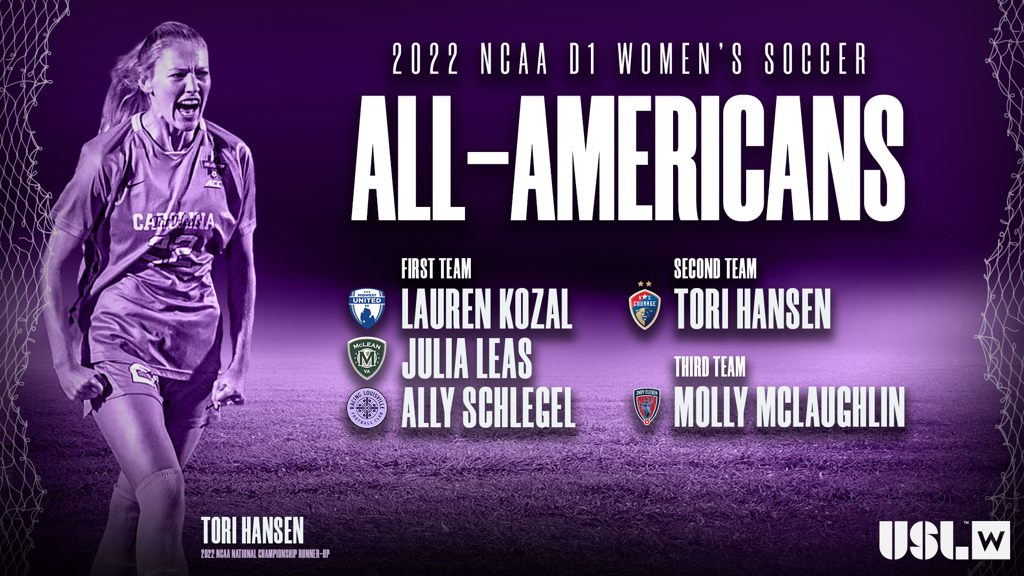 After a banner 2022 USL W League season, hundreds of W League alums have gone on to have incredible 2022 collegiate seasons, earning prestigious end of year awards in recent weeks.

The NCAA DI Women's Tournament was filled with W League alums, including 19 who appeared at the College Cup and 14 who competed in the Final for the University of North Carolina.