New Jersey based club to compete in the Metropolitan Division 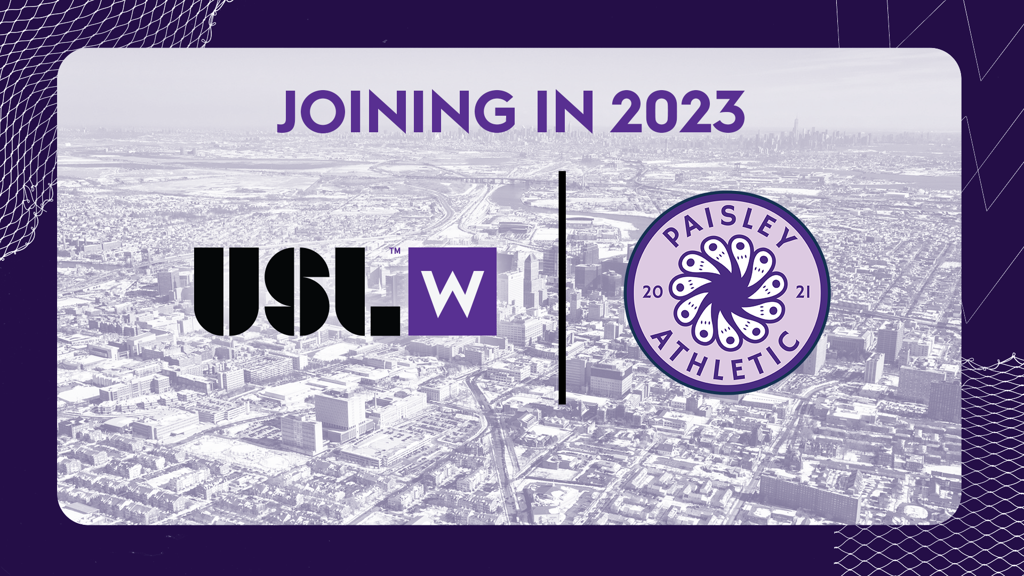 KEARNY, N.J. - The United Soccer League today announced the addition of Paisley Athletic FC as an expansion side for the 2023 season.

“Paisley Athletic FC is thrilled to join the USL W League as we enter our third season at the pre-professional level. The move to USL was a strategic decision to expand the player pathway available to our athletes, including opportunities for our recently established Paisley Academy and future expansion plans. We look forward to competing in the Metropolitan Division and partnering with the league to further advance women’s soccer,” said Laura Correnti, President and Co-founder of Paisley Athletic FC.

Paisley Athletic FC was established in 2021 with the mission of creating opportunities for female athletes on and off the field while advancing women’s soccer.

The club was founded out of and currently plays in Kearny, NJ — also known as Soccertown, USA. Paisley Athletic‘s goal is to provide a pathway for competitive women’s soccer in the legendary Hudson County soccer community and broader NJ soccer market. The organization’s management team and coaching staff has a combined 50+ years of competitive soccer experience along with the business and brand building skills required to take pre-professional soccer to the next level.

Paisley Athletic FC’s management team has ambitions of establishing a USL Academy program as well as exploring opportunities along the men’s pathway.