Six teams join as part of Championship, League One, League Two organizations, with one expansion club set to be joined by a team led by a historic MLS organization 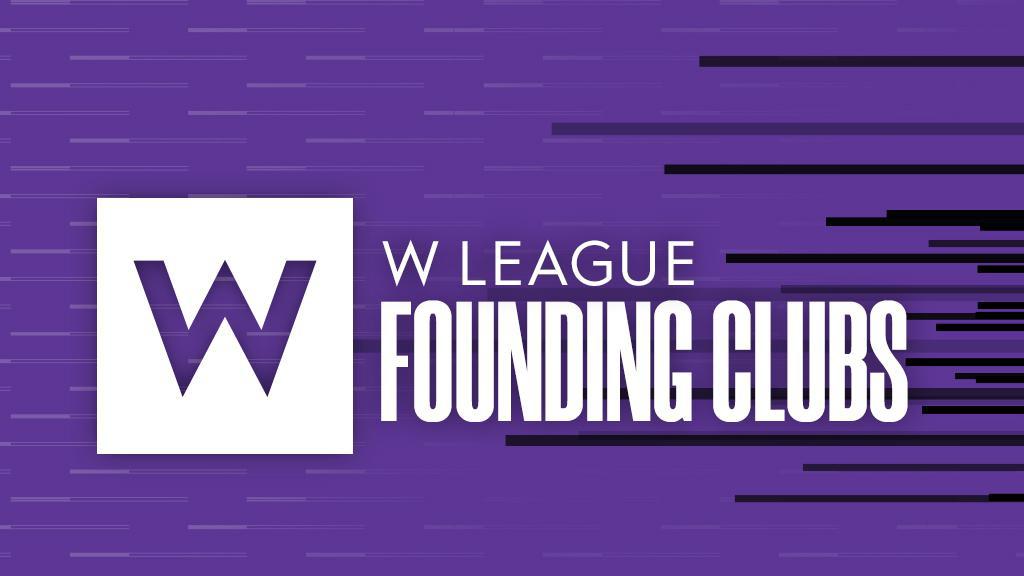 TAMPA, Fla. – The USL W League introduced today eight inaugural members that will compete in the league’s first season, kicking off in May 2022. Six of the eight clubs represent existing USL Championship, League One and League Two clubs, with one brand-new expansion club and a team led by one of North America’s historic modern clubs also joining the inaugural group.

The W League’s inaugural members are:

Numerous further additions to the league will be announced in the coming months with the league anticipating at least 30 clubs will be part of the W League’s inaugural season.

Chattanooga Red Wolves SC – One of the inaugural members of USL League One, the Lady Red Wolves will compete at the newly-constructed 5,500-seat CHI Memorial Stadium, part of a $60 million development in the city that is also the home of the League One club. Already featuring a youth academy for the top young women’s players in the area, the Lady Red Wolves First Team has served as the top level of competition for the talented players within the organization’s development structure for the past two years.

Greenville Triumph SC – An inaugural member of USL League One three years ago, Greenville Triumph SC has set the on-field standard in the league, reaching the league’s 2019 Final before claiming the League One Title last year. The club is now aiming to bring that level of success to the women’s side of its organization, with an academy program currently in place that saw its U17 Girls team compete at the USL Academy Cup in Florida last month. As Triumph SC plans a permanent stadium, the W League side will sit on an equal footing with its League One counterparts in the long-term goals for the club.

Hartford Athletic – A member of the USL Championship since the 2019 season, Hartford Athletic has built a strong locally-supported club at its home of Dillon Stadium, reaching the 2020 USL Championship Playoffs in its second campaign. The Athletic have also been active locally with the club’s Changemakers Women’s Leadership Programs and Events, presented in partnership with Walgreen’s, which will serve as the club’s Women’s Leadership Platform and will support diversity and inclusion in the sport and society.

Minnesota Women’s Soccer – An exciting new arrival to Minnesota’s growing soccer landscape, Minnesota Women’s Soccer becomes part of the W League’s inaugural group of teams. . The club will feature a women majority owner which will be paired with a unique element of community and supporter ownership, with the aim to become a club committed to a mission of gender equity and inclusivity. The club’s official launch on Sunday, June 13 will provide additional details on the next club to arrive in women’s soccer in the United States this year.

Kaw Valley FC – A member of USL League Two since the 2018 season, Kaw Valley FC reached the Central Conference Final in its second season two years ago as it has quickly grown into a strong member of the league. Based in Kansas City, Kansas the club has also been a notable mover in offering opportunities in its front office to women professionals looking to work in the sports field, including VP of Marketing & Strategic Communication Kirsten Judd and Operations Manager Paige Thompson. The club’s W League participation will now see a full development pathway for young ladies in the organization through its existing academy system.

Queensboro FC – The newest member of the USL Championship, set to join the league for the 2022 season, will also field a W League team after building out a successful academy program over the past two years. Featuring former U.S. Women’s National Team player and current Fox Sports color analyst Aly Wagner as an investor and strategic advisor, the club will kick off its inaugural campaign in a 7,500-seat venue being built on the campus of York College in the heart of Queens, N.Y.

South Georgia Tormenta FC – The first club welcomed into USL League One upon its launch, Tormenta FC has been part of the USL since it began play in USL League Two in 2016. Based in Statesboro, Georgia, the club has been one of the models in player development through its academy system, which has previously included players such as Vanderbilt University’s Abi Brighton, who was recently called up to the U.S. Women’s U20 National Team Virtual Meetings. The club also recently sent its U17 Girls side to compete at the USL Academy Cup. Co-owned by Netra Van Tassell – one of the few women owners in the USL ecosystem – the W League side will play alongside its League One counterparts at Tormenta FC’s new permanent home stadium, which is scheduled for completion ahead of the 2022 season.

Washington D.C. – Led by D.C. United’s ownership group, the new club will begin play next spring. Formerly a member of the original W League in the early 2010s, D.C. United recently began a new chapter in its front office history with the hiring of Danita Johnson as its President of Business Operations and Lucy Rushton as the team’s General Manager, with both bringing top-level success in the sport to the organization from their prior positions.